In a subterranean room Yassin upends a 15 litre tin and pours a viscous stream of industrial adhesive into an open container. He is a Syrian refugee in Istanbul. This is his work.

As toxic fumes permeate the cold hue of the airless space, a group of young men crouch on undersized stools, stitching and stapling soles onto leather uppers. There's no natural light, ventilation, or protective clothing. The atmosphere is thick with carcinogens.

Number 3A looks like the hundreds of other entrances that flank the backstreets of Istanbul. A rough hand-painted profile of a woman's boot adorns the wall, street code for the operation that exists inside.

I've been here for 20 minutes now, bonding with the workers, joking about, getting them relaxed enough to start shooting their portraits.

My head pulses as toluene displaces the oxygen in my lungs. As the chemical rockets into my nervous system, a feeling of intoxication and lightheadedness creep in. Right now I'm struggling to set the ISO on my camera, a simple action I've performed a million times before without difficulty.

There's a feeling of dazed disinhibition within the factory. It doesn't take much to launch the group into collective fits of laughter.

It's clear we're all completely high on glue.

The men are all Syrian refugees who've been forced to flee the complete destruction of their country. Undocumented workers that toil away for 60 hours a week, earning $3 an hour making footwear destined for western cupboards. It's tedious work often leaving them with back problems, hand numbness, eye strain, and rashes from harsh chemicals that sit about in open containers.

Turkey has admitted more than 2.7 million refugees since the start of the Syrian civil war. Most consider themselves lucky to be alive, but it's come at a cost. The fact that they are unable to officially register for work has made them vulnerable to abuse. The denial of basic human rights within Turkey's mostly unregulated textile industry is rampant.

Emilio, the foreman, considers he's doing them a favour. If it wasn't for him, they'd be in the streets without food or money. But his complete lack of concern for their physical well-being is difficult to witness. Safety standards are non-existent.

Even more disturbing are the massive numbers of children that are entangled in this invisible industry. Unicef claims more than a million of Turkey’s registered refugees are school-age kids working in conditions like this or worse. Their age makes them especially vulnerable to physical and sexual abuse. The psychological, cognitive, and physical harm done to these children — many of whom have spent five years out of school — is now considered irreversible.

A whole generation has been lost to this civil war, and the impact to humanity is incalculable. Steve Jobs was the biological son of a Syrian immigrant. How many other potential Jobses are now trapped in these factories destined to spray-bleach jeans for a living?

Sweatshops like the factory at 3A are usually associated with Asian countries, and many consumers buy European products under the assumption they've been produced in worker-friendly environments.

But a loophole in EU regulations allows manufacturers to cut parts in their home country, export them for low-wage assembly, and reimport as completed products. The finished articles can then be labelled as being made in the originating country. Items that are "Italian" or "German", along with their higher price tags, don't necessarily come from ethical supply chains.

Tragically, the problem is systemic and extends way beyond footwear. From bananas to inflatable lawn Santas to mobile phones, modern consumerism relies on a marginalised group of humans getting totally screwed over for our retail gratification.

During my time in Istanbul I continued to visit the sweatshop and say hi to Allbalo and the rest of the gang. Even though our spoken communication was limited, we quickly became friends. They loved their portraits and seemed genuinely happy someone was taking an interest in their plight. They know they're being exploited, but they're also painfully aware there's nothing left in Aleppo to return to. At this point they're trapped in a hellish no man's land without a means to escape.

I know this post does little to help their situation, but we all have a collective responsibility to apply greater scrutiny to the systems that enable the exploitation of fellow humans. Companies need to adopt open and transparent supply chains, and people need to become more aware of the social and environmental cost of their rabid consumption habit.

We need less product and more empathy in this world. 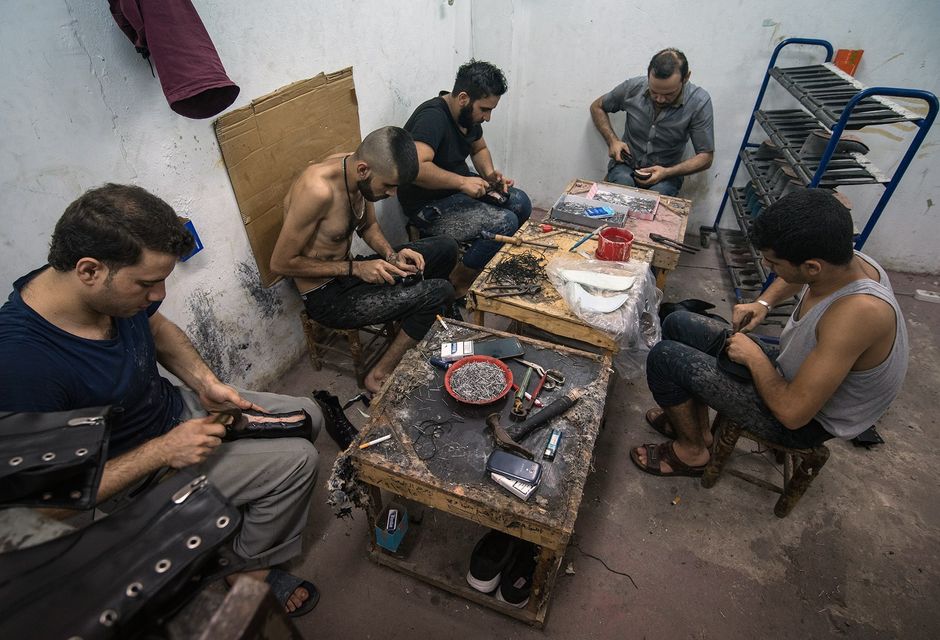 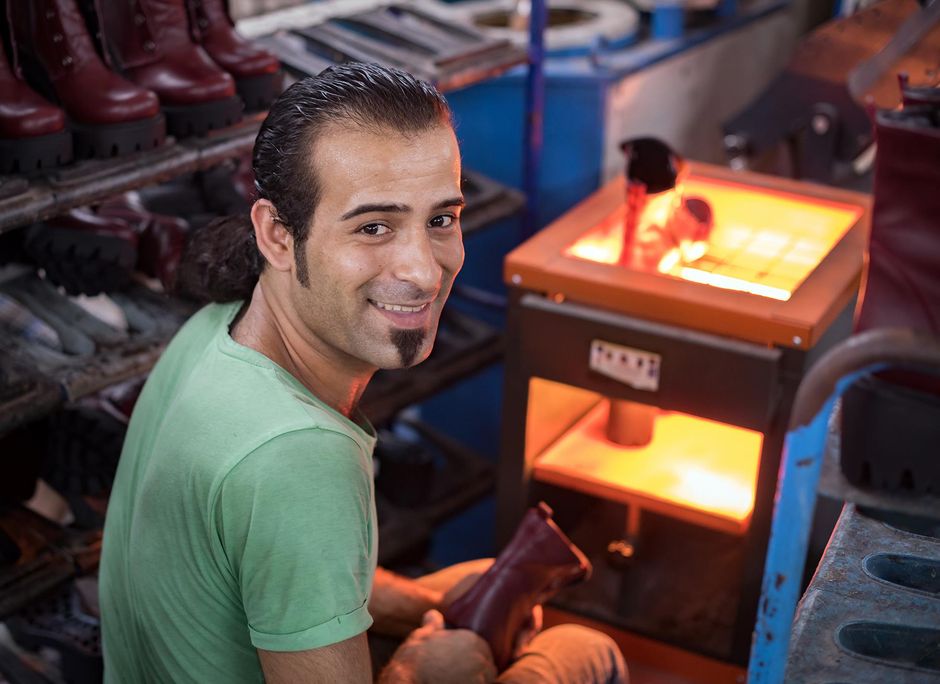 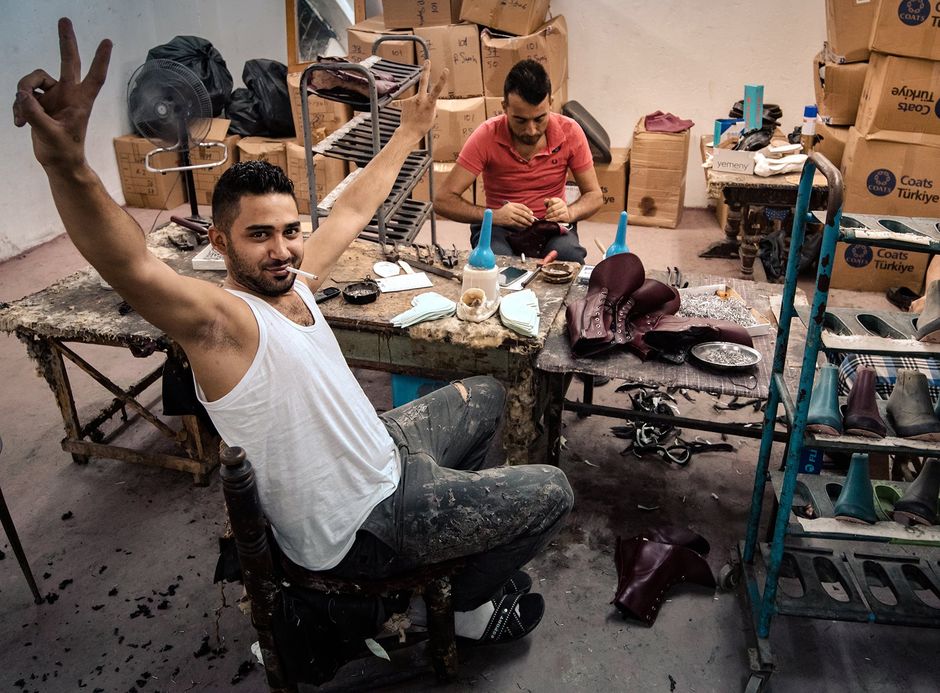 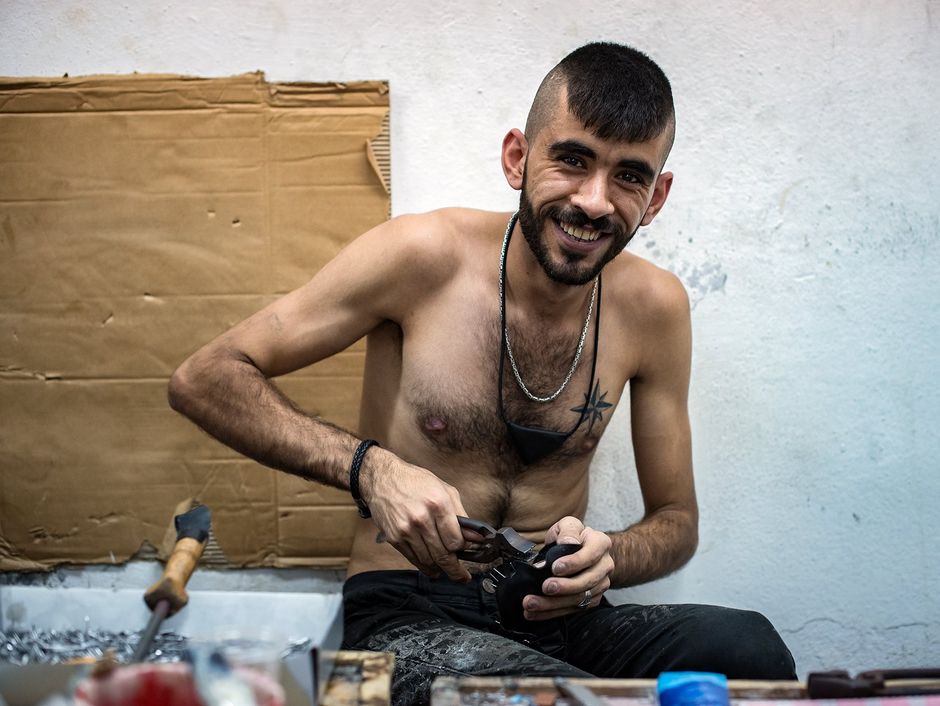 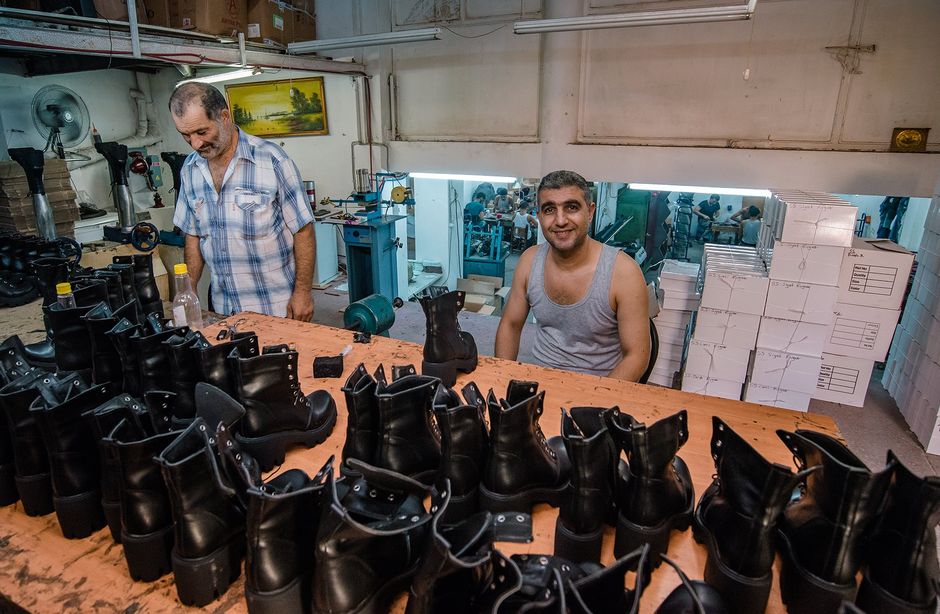 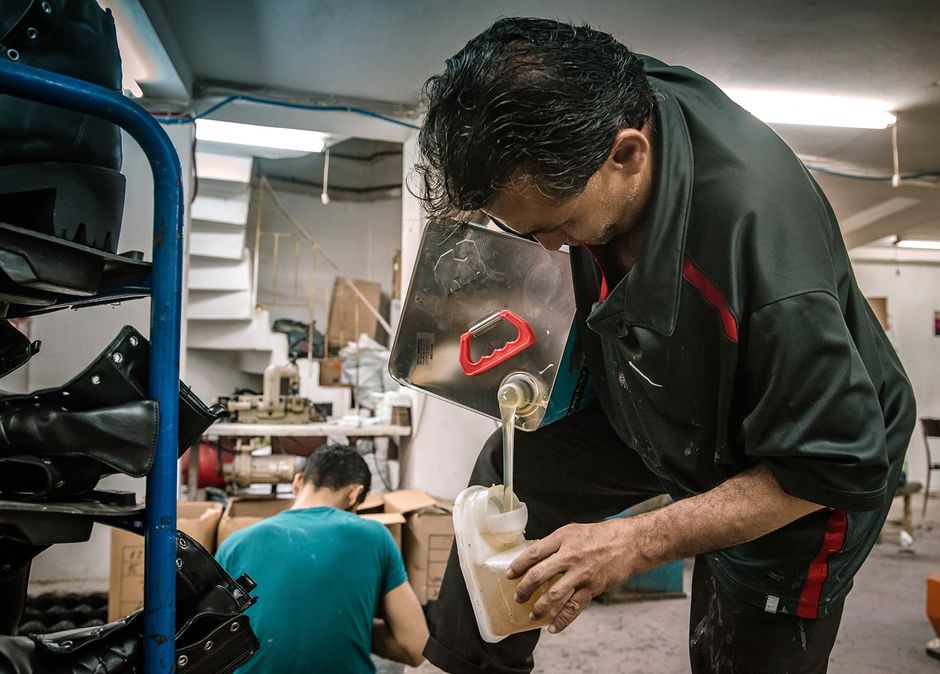 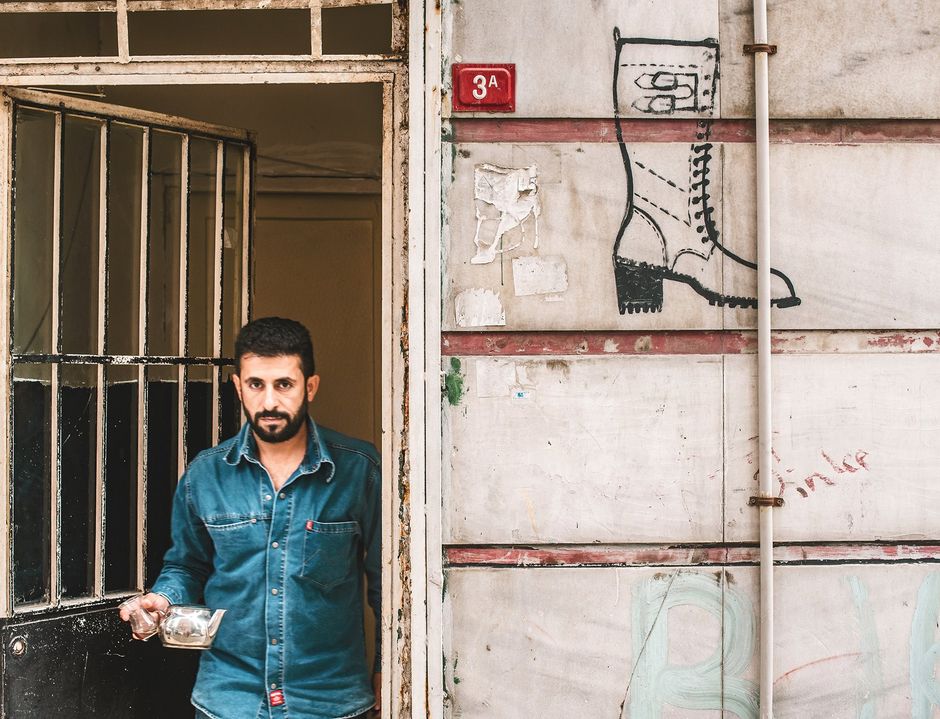