I was not economical with the research for my story, 'Pasifika, Mon Amour' for the new issue of Metro magazine. I got a lot I couldn't use, especially on the theme of Auckland hip hop, a Pasifika-driven phenomenon that, I think, represents Auckland's most vital stream of popular culture.

Some of it was in the first draft, along with quite a bit of hip hop history. My editor pointed out to me, rather firmly, that he wanted the story to be more about now than then, and a story on Auckland as a Pacific City could not be all about hip hop. Most of it came out.

He was right of course, but I think some of what I couldn't use is still worth sharing. I have interview material from Ermehn, Tom Scott, Chip Matthews, YDNA and others that I'll publish later in the week, but the first installment is an interview I did with Phil Fuemana for Planet magazine in 1994.

The first time I spoke Phil was when he called me in 1989 trying to get on the bill with his band House Party (with Matty J Ruys) for the second of the Housequake! acid house parties I ran at the Powerstation when I was back from London for the summer. Against my better judgement, I said yes. He was a good salesman.

They cleared the floor. House Party weren't "house music" at all and it was just a bit of a disaster. The next time I spoke to him was for this story, and we laughed about that night. "Playing to empties!" he chuckled.

Phil Fuemana died of a heart attack in 2005, aged 41. He was an amazing man and, as Len Brown says in the Metro story, "an urban Pacific legend". The following interview is about things we should remember.

Manukau City, the body of South Auckland, is an endless low-rise. There are state houses here, more desirable villas there, but the skyline is broken only by institutional buildings - most notably the churches, which rise almost metaphorically above the surrounding rooftops. The Manukau Christian City Church in Otara has no such physical presence. It's almost hidden in a breeze-block unit of shops, but its anonymity is deceptive. This is the engine room of a cultural phenomenon. It's where Philip Fuemana works.

Fuemana runs songwriting workshops from the church and writes and records backing tracks for a range of artists. He's funded by Enterprise Otara, the remarkable civic self-help project that guided what is now known as Proud Music to fruition. The Proud compilation of "urban-pacific streetsoul" will come to be regarded as one of the definitive New Zealand records of the 1990s - as crucial as Flying Nun's "Dunedin Double" was in the 80s. Ironically, it took an Australian label, Volition, to get it recorded and released.

Fuemana is Niuean-Maori, although he generally refers to himself as Maori. In one of the several tracks he co-wrote on Proud, Otara Millionairs' Club's 'We Are the O.M.C.', they call him "the kingpin". As in gang leader? Hardly - although he has the physical presence to do justice to the idea.

But when it came time for the Proud artists to hit the road, it was Phil Fuemana who had to keep them on it. "It wasn't always easy," he admits. "I'd managed bigger tours before, in the Christian scene, but this was different. Our tour was all these really streetwise people meeting naive, middle-class whiteys in the south. They took the Otara on tour with them, rather than leaving it behind. The drinking, the womanising, spending their dole all in one day ... I think the next time I'll take more leadership - or their mothers."

He kept the party on track in the face of ugly provocation in places like Invercargill, Nelson and Timaru, where they copped racist abuse and were refused entry to nightclubs.

"In the south, the urban Polynesian thing is still a novelty -- it's a big deal to have 40 six-foot plus dark guys wandering through, say, Queenstown," he shrugs. "But in the far north, where there were big Maori audiences, it was happening. I think what really got them was for the first time seeing something that was Polynesian but not cultural. Normally, if they see any hip-hop, it's just one pseudo hip-hop song among 12 cultural songs - this was just an onslaught.

"There's still not enough difference between Proud and what you'd get on the radio from overseas, but that's because we haven't learned the proper process of recording what we want to hear. We're grateful for the opportunity to make the album, but it was a white guy produced it, not us. It was almost sanitised. We hope with Proud II we can do our own drumming, put our own beats in. Having coconut drums for two bars isn't a coconut song, it's a token towards it."

"Coconut", that one-time term of abuse, has been reclaimed by the Proud culture. In the course of the tour, DJ Payback and Radio Backstab even wrote an upfront, sassy song called 'Just Another Coconut', which immediately became a showstopper. "Yep, that's them - they've got that Samoan arrogance, very messy in an island way. They're just proud of who they are. That song is tongue in cheek, but everyone really got into it. They're just drinking people who like to write when they're a bit drunk, y'know?"

Sure. But the other tour showstopper was the Vocal Five's a capella version of 'God Defend New Zealand'. It showed the other side to Proud.

"For us, it's the same thing as respecting God and respecting that part of our lives. The spirit side is equal to everything else and so is having a love for one's country. In the Pakeha way, you make the cash and do what you've gotta do, but we work hard for our families, pay the bills -- we stay home and help pay the mortgage. When someone sings 'God Defend New Zealand', to us it means something. It's based around the way we feel as a family, it's just part of us.

"But it did shock me a bit that it was such a showstopper. You get a bit cynical, thinking someone will yell out - but no one did."

Fuemana admits that it can be hard balancing the streetwise energy of young brown men (and a couple of women) with duties to the church.

"All the guys do have a religious belief, whether they live that way or not. They can swear if they want. Even here, this church, it's just a building. We're normally here after 12 o'clock at night and then they can swear their heads off. But when they did a performance here for a church crowd, they respected the people, they didn't swear.

"You wouldn't find any of them dissing God - they wouldn't risk it. It'd be another waterfall experience, like the guy who died (Pacifican Descendants' dancer Enaisi Tokelau, who drowned on the South Island leg). That sort of thing freaks everyone, because the parents tell us about tapu and the witchcraft side of the race. We still haven't really recovered from that. It was a real kick in the guts."

Fuemana has been around for the five years it took him to turn Proud into a reality, and longer. With his own groups, House Party and Fuemana (who have an album out soon on Deepgrooves), he's been a part of the cultural shift.

"It wasn't until things like Mai FM turned up that we could hear acts that were like us, the same sort of age," says Fuemana. "There was something to follow. Most of the Poly musicians in this are are nightclub players, but hopefully we've broken that tradition of just covering straight American hits, because people are sick of it. They're really good players, but it's just a waste. But since Proud people like that have already started sending their own tapes in."

Exactly when there'll be a Proud II, who'll be on it and how it will sound is still being determined. Fuemana says it'll be the groups who put the work in, use the opportunity, who'll stick around. Oddly enough, it's the Otara Millionaires' Club and Sisters Underground, who didn't exist before the project, who have been making the most waves.

"The fact that Volition is interested in the two groups who formed in the bedroom is a salute to the function of the whole thing. But they've been given a chance and now they've got to get organised and make the most of it."

And now, he agrees, is the time to do it - especially in Auckland.

"The cool thing about Auckland is that the European guys have really warmed to it. We really missed Auckland when we were away. We've got our hassles, but the inner city especially is colour-blind. You can do anything, go anywhere, do what you want. It's really changed. Mags like Planet, using Polynesians as models, our mates - we can get it and say, yeah, that's us.

"Proud is here because it's a fresh, cultural thing, but more because the guys are talented. If they didn't have that talent, it wouldn't be happening." 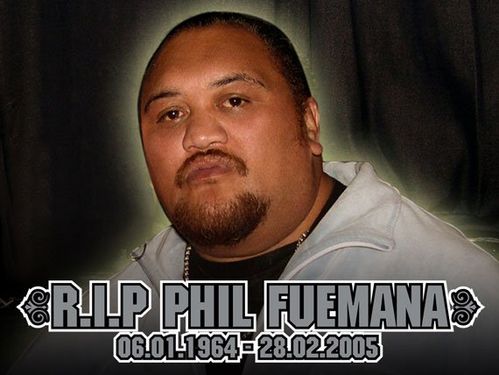 Proud: An Urban-Pacific Streetsoul Collection was re-released several years ago on Simon Grigg's Propeller label. You can buy it in MP3 form for $19.95 here, on Amplifier.

[Thanks to Leo Rae Brown for his work typing this up. For a kid who barely went to school, he's good at a lot of things.]