As I've noted here before, for various reasons, the clinical evidence for cannabis as a teatment for pain and other conditions is not yet compelling. This doesn't mean it won't be, but as the International Association for the Study of Pain put it in a recent position statement, "promising" advances in the science of cannabis as a therapeutic "are yet to be fully translated to efficacious and safe medicines."

"High-quality research is required to elucidate the types of pain, and characteristics of individuals, where there is benefit or harm from particular cannabinoid compounds (personalised medicine). Improved understanding of the clinical pharmacology of cannabis and cannabinoids in a pain relief setting is needed," the association's taskforce concluded.

But as I point out in a story for the Listener this week, there's another way of looking at it: observational studies. These can't prove or disprove any cannabis product as a treatment. But the large patient surveys conducted by Otago and Massey universities in the past couple of years do point to quite a consistent outcome: a substantial group of patients who use cannabis are able to give up or reduce their use of onerous prescription medicines – typically opioids and gabapentinoids – and their lives improve as a result. 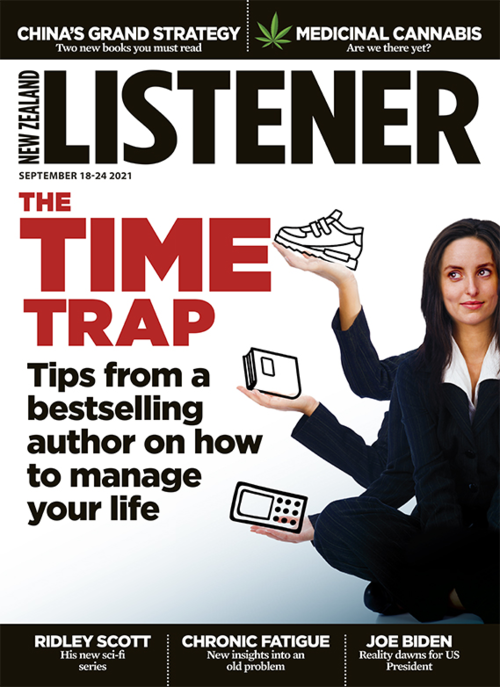 For the Listener story I also noted two recent Canadian studies that showed the same thing.

And I spoke to three pain patients, one who was using an illicit cannabis balm and two who had more or less found a way through the troubled medicinal cannabis scheme. At least one had been recklessly prescribed to, two had been flagged as drug-seekers for merely enquiring about prescription cannabis, and two had found life on their prescribed pain medications so unbearable that they considered suicide.

I also mentioned Pearl Schomburg, who is the first person I heard this kind of story from. For Pearl, the tipping point was seeing her reflection in a chemist shop window with two full shopping bags of medications for her auto-immune conditions and the pain they caused. She could not, she realised, go on living like this.

Pearl became a patient advocate and medicinal cannabis activist. I couldn't fit most of what we talked about in a recent interview into the Listener story but it warrants airing.

Pearl continues to go through surgeries related to her condition, as her joints erode and need rebuilding. She manages her post-operative recovery with cannabis products from her green fairy, Gandalf, and says she recovers more quickly and without the side-effects (including vomiting) she used to suffer from post-op pain medication.

Until now, she has taken in her products into hospital and used them unobtrusively, but she realised that for her most recent surgery, that wouldn't work.

"This was a hand surgery – and I knew it would be much more difficult for me to manage to do this on my own, which is what I've had in the past. It's a nightmare, you know, fumbling around, trying to get your little bottles and balms, terrified that somebody was going to walk in."

So she fronted it.

"The first appointment was with the anaesthetist and I just said to him, look, you know, this is what I did last time and my response was phenomenal. They kicked me out of rehab in the first week because I had already reached the levels that they required at the end of the six weeks. I didn't have to use any of the medications at all for pain relief.

"So the anaesthetist, myself and the head of the nursing staff of that ward sat in his office and spoke about what that looked like. And I just said, I use oils and drops under my tongue. I might bring a couple of them and I would do it, depending how I am, something like every two to four hours initially, then easing off over time."

Pearl's surgeon wasn't opposed, so the plan went ahead.

"I was really pleased that there wasn't a policeman waiting for me and there was a nurse waiting! The first nurse that came on when I got back to my ward introduced herself and she did a few of the machine things. Then she said, is there anything else I can help you with?

"And I said, yes, there is. You probably know that I'm a medicinal cannabis patient and I've got my own products to use. Her face lit up in this big grin and she said, 'I was so pleased to get you to nurse on my shift, I really love what you're doing, you know? I think it's really important'.

"So I asked her to get the bag out and I had three oils, all indicas of varying THC strength, and a balm. And each time the nurse helped me, I would ask for a specific one and I'd talk about why I chose that strain, what its ratios were and what I expected out of it. And I did that for every nurse or person that helped me.

"There was one nurse on the ward who I could tell was a little concerned, but part of my talk with the staff was about my belief that this is part of patient safety and harm minimisation and not only for me, but for them. They want to know what patients are using and patients need to feel supported in that environment. And it's better to be open and honest about these things.

"Just before I left the ward at the end of my stay there, the nurse who was very nervous came back to me and she said, 'I really want to thank you for helping me understand this. I have to admit I was really worried at the beginning, but I really appreciate the way you were concerned about my safety as well. And I've learnt a lot, and I really appreciate that'."

This doesn't mean that doctors at Auckland District Health Board are going to routinely prescribe cannabis products for post-op recovery, or even that they should. The products don't really exist in the system anyway. But having Pearl come in and be able to talk about what she was using, when and in what dose, will have been enormously helpful.

Doctors are understandably wary of using medicines they don't know how to dose. People like Pearl (and Gareth Duff and Dan Salter, whose stories I tell in the Listener feature) are not doctors, but they have become, at the least, experts in what works for them.

There may also be, as the IASP position statement suggests, a yet-to-be-understood dimension of personalised medicine here – different things work for different people. But Pearl modelling the thoughtful use of green fairy products isn't a bad thing for medical professionals to be able to see and take notes on.

One day, the system, however it looks, will work a lot better than it does now, but until then, it's wrong to criminalise or increase harm to people who are doing the right thing for themselves.

You may be asking: isn't any hospital knowingly allowing the use of Class B controlled drugs putting itself in legal peril? Not in this case.

Pearl was among stakeholders interviewed as part of a review of the statutory defence provided under the medicinal cannabis legalisation. That allows a patient with a doctor's letter saying they are in palliative care to possess and use cannabis. A Supplementary Order Paper late in the process removed the requirement that the patient must be six months from death. The amended Section 4 of the Misuse of Drugs Act requires only that "in the opinion of a medical practitioner or nurse practitioner, the person has an advanced progressive life-limiting condition and is nearing the end of their life."

Pearl says she was told by her interviewer for the review, "your rheumatoid arthritis, which can never be cured, it's only ever going to be managed, that would be one of the many conditions that which would come under that palliation exemption."

The system may have been more compassionate than it meant to here, but Pearl has a letter from her doctor based on this template. 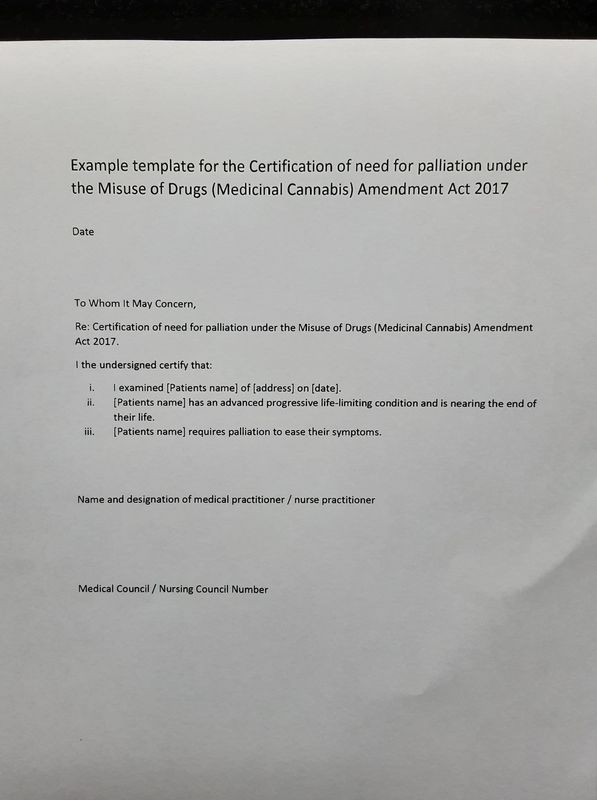 Dr Graham Gulbransen has frequently used the template in presentation and told me he originally sourced it from a page on the Ministry of Health website. I couldn't find it there, so it may have been removed.

Anyway, I've just received a response to my Official Information Act request for advice and communications around the decision not to further extend the transitional period under the Medicinal Cannabis Scheme – you can read my deep dive about that here on Matters of Substance – so I'll be back next week with some thoughts about that.

In the meantime, if you felt able to chip in a little via the supporter link below this post, I'd be very grateful. I tend to do a lot more work on this topic than I can find a paying home for ...