Usually I would be quite excited to let you know about a new series of my looking-back-to-look-forward show Hindsight (starting tonight, 9.05pm, on TVNZ 7 with repeats Wednesday morning and a couple of times on Sunday I believe), and I am this time too, but it’s definitely tinged with sadness. As with at least two new series starting on TVNZ 7 this week (Wallace Chapman’s The New Old, and Hearts in Crafts with Tamsin Cooper and Justin Newcombe) the show has been timed so that the final episode of the series plays on the final week of the channel.  It’s an intentional strategy – to end with a bang rather than a whimper – new New Zealand content right up until the end. 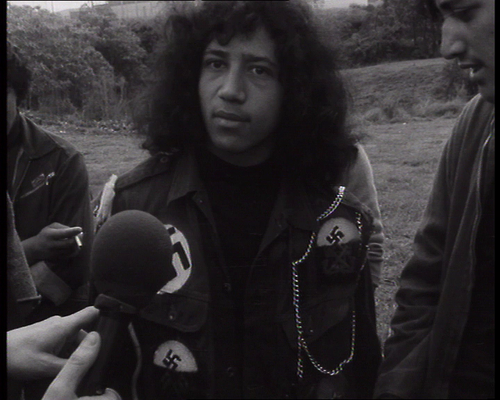 For Hindsight at least, this probably would have been the last series regardless what happened to TVNZ 7.  I have now produced 39 episodes, each looking at its own aspect of New Zealand society, and while we could probably all sit here and come up with new episodes, one thing I’ve come to realise over the past couple of years is that while the TVNZ archive is a vast resource, it’s surprisingly shallow. For each topic, even a big one, such as tonight’s look at Police, there might be a pile of potential footage, but once you’ve taken out the mute items (there used to be separate reels for vision and sound, the latter often seem to have been disposed or perhaps recycled), the items that are nothing but a long boring interview with a former Minister, the items that appear to be some esoteric 70s experiment in documentary making that doesn’t stand the test of time, any given topic seems to reduce to a few good items, if you’re lucky. There are potentially many more where both reels were lost, it’s hard to say. 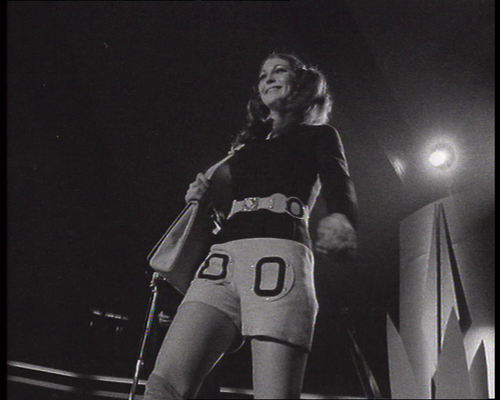 Which can be frustrating. Like many people I’ve spoken to, I tend to imagine old archive – if I can dream up a story that simply must have gone to air, then it must have happened. I wanted, for instance, to do an episode on ‘Boom and Bust’, but struggled to find a suitably early piece saying how well New Zealand was doing, or anything good on the hard times of the 90s and would you believe it, even a decent item on the Yuppie Years was tough. It turns out we don’t often know what’s happening to us until after it’s happened – it’s easy enough to find other shows looking back at a trend, but doing a retrospective show using equally retrospective items doesn’t work – I need source.

Anyway, I won’t bore you with what wasn’t. What I’ve got over the next 13 weeks I’m really happy with. Great archive on gangs, housing, protest, overseas conflict, sex education, fashion, homosexuality, farming, jumping the ditch, railways, buy NZ made and children. We’ve called in some heavyweights for the interviews – tonight’s Police episode starts as we mean to carry on, with Chester Borrows MP (a former policeman with great stories) and Police Commissioner Peter Marshall. But the best thing as always is the archive, and in tonight’s episode the Traffic Cops sitting around the control room in 1977 bragging about how fast they’ve gone in a chase situation, and what a turn on it is. I love it, and I hope you do too. The launch party for Hindsight series one was the night it was announced TVNZ 7 was closing down, so I’ve always known this was a for-a-limited-time kinda deal, but it’s been a pleasure and a privilege. 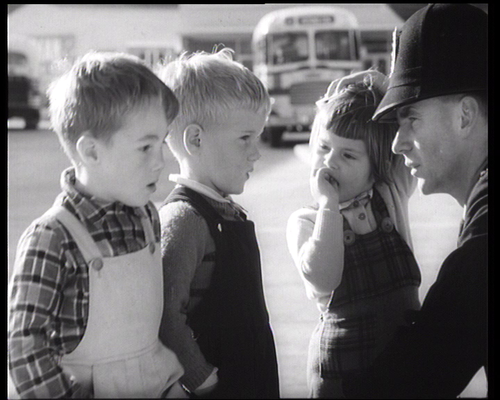 On a positive note, I’ve got a new archive-based project starting next month on TVNZ Heartland (Sky Channel 17), This Week in TV History.  A 2 ½ minute package each week, containing short snippets of, well the name says it all.  But there’s always a viewer request element – think ‘I Like That One 2’ – and I’d love to get the ball rolling with some requests via this blog for old footage you’d love to see again. Just don’t be surprised if the film has gone missing, or if it never existed.

TWITVH (I’m trying that out, hoping it will catch on) premieres on Saturday May 5th, and is repeated frequently throughout the week on TVNZ Heartland.

Winners of the Grimes CDs – George Darroch because he apparently loves Grimes and for the great Bobby Womack track I hadn’t heard; Richard Stewart for recommending we Buy Kiwi Made; and Jos just for posting twice. Get in touch with your postal addresses, if you don’t need the CD let me know. Jackson P you were close with the Best Coast – they’re great – they have a brand new single off a forthcoming album:

Just after I wrote that last post about new music, the new album from The Shins turned up in my mailbox. I’d heard the single and was excited to hear the album. I’m glad I left it in my car stereo for a couple of weeks before writing about it, because quite honestly, on first listen I was a little unsure about the full album – it had an almost brittle clarity to it, in the sense of it being quite pop-ish, quite white… I could make out the lyrics, like I don’t know, somewhere between Lloyd Cole and Cold War Kids, maybe later Manic Street Preachers?

Whatever. I left it in the stereo, and now it’s not coming out. In a good way.

Also in my in tray, the new Black Seeds album, Dust and Dirt. I’ve never been a huge Black Seeds fan, but this I like. It seems to be in a more minor key than earlier offerings, which is good for me at least, although the single, Pippy Pip, is probably the most traditional 'Black Seeds' offering on the album, and therefore not especially representative:

More CDs to give away soon – go set your PVRs for Hindsight tonight.