UPDATE: Righto, I've arranged it so that I can collect names for the free doorlist for the Friday Save the St James show detailed below. Just click the email icon at the bottom of this post and send me a message with your name(s) and "St James" as the subject line. See you there!

In the relatively short time since it was patched up and reopened, the St James Theatre has provided a reminder of the place it fills in Auckland's entertainment venue ecosystem. It's not a rock box like the Powerstation or a high-ceilinged hall like the Town Hall – it's a theatre. Intimate, but big enough for touring acts and big local shows.

Andrew Tidball's enraptured review of the Father John Misty show at the St James last night (it was a marvellous night in Auckland last night) really underlines what the place can be.

But the St James is not saved yet.

Indeed, in March, it will close again for remedial work. What happens after that is contingent on other parties joining the owners of the building and Auckland Council in sharing the cost of a full restoration. Principal among those other parties is central government. Arts, Culture and Heritage minister Maggie Barry has made some positive noises about coming to the party but lately suffered an attack of vagueness.

Next Friday night, the 11th, sees a gig that aims to get existing and potential friends of the project into the room to enjoy the space, hear some music and share a drink or two. And then emerge happy and motivated to help push the people and organisations who can fill the funding gap to take that step. 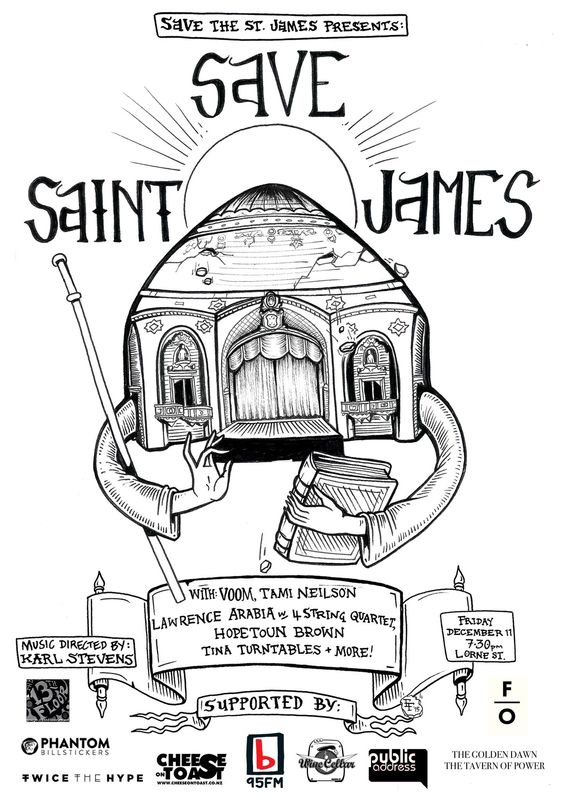 I'll be there and y'all might want to come along too. Entrance is via Lorne Street at 7.30pm.

Yes, that's the same night as The Chills play Galatos. But you know what? You can do both. Because Save the St James is not only an early start, it's A FREE SHOW.

BUT ... for annoying licensing reasons, you need to get on a door list to go. I'll keep y'all updated on how to do that, but the easiest way is to join the Save the St James Facebook event.

You may also care to note that Unknown Mortal Orchestra play the St James the following night. If y'all want bands like them to be able to play in a lovely venue like this in future ... you know you gotta advocate.

Further on the nice-place-to-live front, Aucland Council has released the first details of the Music in Parks and Movies in Parks lineup for this summer. There will be free gigs by everyone from Tami Neilson to Anthonie Tonnon and Lord Echo this summer, with the full lineup for the big Rock the Park event in Grey Lynn Park still to be announced.

And while early-adopters endure unacceptable delays in getting their Echo Festival refunds, some good news. Kurt Vile and the Violators have announced an Auckland show (at the St James, naturally) on January 12.

Not only has Dave Dobbyn released a preview of 'Tell the World', the first single from his forthcoming album Harmony House, produced with Sam and Luke from The Phoenix Foundation, he has done a really very good verson of Drake's 'Hotline Bling' for The Edge's cover challenge. (NB: I make no guarantees you will be able to play this video. The MediaWorks CDN had me defeated for quite a while. Or that might just be my 2 Degrees internet connection. God, I miss Snap.)

The single itself is classic Dave, with a nice warmth to the production. I've heard the whole album and some of the other tracks really will surprise people. 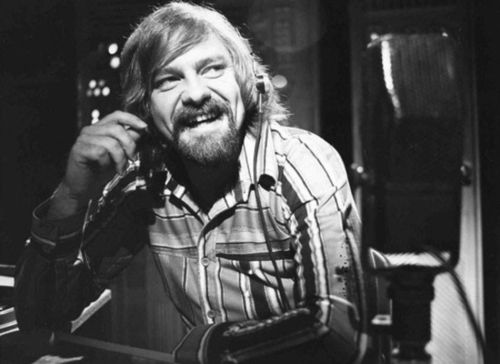 Note also Andrew Schmidt's write-up of Onset-Offset, the fascinating cottage-industry indie label run by Campbell McLay. With a slew of reissues by the German label Unwucht, it's quite probably better-known internationally than it is in New Zealand – and another one of those obscure, important storfies of Christchurch music.

Lontalius goes indie-rock! Well, kinda. But it's an interesting change of pace for Eddie Johnston and a hint at what his forthcoming debut album might contain:

Loop Recordings this week debuted A Girl Named Mo – aka Wellington soul singer Moana Ete. I like the single – but I love the two remixes that come with it: a hazy take from Haz Beats and a pumping house version from Knowsie. You can pre-order it in advance of next Friday's release:

And finally – because it's officially summer – a John Morales touch-up of 'Now That We Found Love'. And yes, this is a free download: