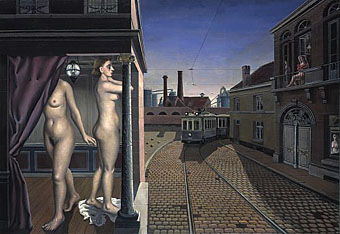 I have been more than fascinated by the much-publicised recent case of New Zealand’s sleep-driving woman. I’ve followed maps of her route intently. She drove from Hamilton to Otara, and Otara to Mt Maunganui. A total of 302.8 km. I was interested in the fact she managed to text friends. I am disappointed no report contains the content of her texts. I was interested in the fact that, in her case, the event was described as a side-effect of a sleeping pill. The fact that she had no memory of the event was another point to ponder.

It also had more than a few resonances as I am an occasional sleep-walker, sometimes with consequences.

It has happened every few years since I can remember. Nothing seems to link the events. They do not seem to reflect stress, alcohol, drug-use, or situation. They don’t seem to reflect psychological state.

Any beginning is lost in childhood where parents are always dealing with confused children in pyjamas in the middle of the night. My own first sharp memory of a sleep-walking event was around the age of 11. I woke up standing in my pyjamas on the grass in the backyard by the mandarin tree. I had unlocked the backdoor and walked into the yard. I remember the moonlight and the glossy leaves of the tree. I remember the chill. I let myself back into the house, relocked the door, and refrained from telling anyone about it. I recall another a few years later when I woke up just sitting in the darkened lounge on the sofa as if I was watching TV.

Any nocturnal wanderings around the house were facilitated and concealed by the fact that my parents and siblings had long been used to the fact I didn’t quite keep normal hours. At High School all my homework was done between 10pm and 1am. Moving around a sleeping household is something I’ve always done. Sleepwalking, however, is an entirely different thing.

Unless you are woken in the middle of things or observed by someone else, it is easy to pass under the radar.  For me though, there often remain nagging odd slices of unexplained memory, when you know something has happened, but just what remains a mystery.

I am a 100% sure I must have taken a nocturnal wander down a road in Sandringham because I have an odd memory of a street, the streetlamps, and a feeling that is only explainable to me if I were sleepwalking. In my experience, small vivid stabs of sensation sometimes remain from the event: the feel of cold night-dew on bare-feet, a rotary clothes-line in moonlight, the nimbus around a streetlamp, and in one case, the feel of piled painting canvases being riffled through in a spare room.

My partner woke me one morning six years ago and asked me if I had enjoyed the egg-sandwich. He had come to the kitchen to make breakfast to find a mess. In the night, I had apparently buttered four slices of Vogels bread, broken a raw egg onto each of them, spread the egg with a knife, taken a bite out of one, and put both sandwiches in the bin. When I tried to recall the event, the only thing that remained in my memory was a certain cold unpleasant feeling in my mouth.

These little flashes of memory generally remain to be puzzled over. They can only be linked with things if some-one else has observed you or you've woken in the middle of it all. The memories always possess this odd aura, as if they are coming from deep-down or a long way away. They are muffled memories.

My partner has observed it once. He’d finished a late work-shift at 1am and watched me walk to the kitchen, pour a glass of milk, not drink it, and return to bed. When I asked why he didn’t wake me, he said that he had said ‘hello’ but I had ignored him, completed my odd half-task, and then walked past him, unseeing, though my eyes were open. Then I was once staying with a friend and was woken by him asking what I was doing. I had opened the wardrobe door and was riffling through coat-hangers as if I was looking for something. I was sound-asleep.

For some reason doors seem to play a big role in things, including my most embarrassing sleep-walking episode.

I was on a work-trip to Sydney, staying in a new just-opened hotel. On the second night I woke up naked in a very long passageway with lots of doors that had no numbers on them. I had no idea where I was. If anything it resembled one of those nightmare or madness scenes in a 1950s B-grade movie; there was a corridor to vanishing point and locked and unnumbered doors. I spent some time wandering along  featureless corridors with their numberless rooms before coming to an elevator.

I did remember my room number and my floor, so I punched in the floor. It transpired I was actually two floors away from my own room. Whether I’d got the lift or had walked down a stairway to get there was a mystery. Naturally when I got to my room, the door was firmly locked. I went to the utilities room on the floor, hoping to find a towel or something to wrap about my waist, but I was out of luck.

So I had to get the lift to the brightly lit foyer, cross it unclothed, tell the startled night-clerk that I had been sleepwalking and didn’t have my key, could I have a duplicate please… I also asked him to check my room-number because at that stage everything was in doubt for me. It was only the next day that I discovered there were two floors of the hotel that were still being constructed to the extent there weren’t any numbers on the doors and no corridor décor. The B-movie scenario was explained.

For me personally, these events and the others I recall feel strange. They feel like another world where things have different rules. There is a sense of fuzzy compulsion about them, like the pull of the moon.

I have only ever seen another sleepwalker once, if that is indeed explains the event. It was a very hot airless summer night in Melbourne and I couldn’t sleep. I went out to the second-story balcony of our old row-house in North Carlton where there was a hammock and made myself comfortable. It was around 3am.

There was a movement on the other side of the street. A woman in a short nightdress was wandering along the footpath. Something about the way she was walking told me then and still does now, that she was a somnambulist, a sleepwalker. The weirdest thing though was that she was being followed by a man, around twenty paces behind her, who seemed to be furtive and keep to the shadows.

Whether he was her husband or partner keeping an eye on her, a passing person who had spotted her and was assessing what was happening, or an opportunistic voyeur, I will never know. I remember the curlicues of the wrought iron lace-work of the balcony, the airy suspension of the hammock in the heated air, and this odd event on the other side of the street: a woman in a short nightdress walking straight along the night-pavement, a man following.

And that’s the nature of the thing. Sleep-walking is strange. It is strange to experience and it is strange to observe. The usual rules of logic, experience and perception are broken. To the sleepwalker, it is both fascinating and frightening. "I have done something but I was not I when I did it." To the observer, it is a human behaviour out of the ordinary and not quite explainable by ordinary rules.

As people, our being in the world is so much larger than our conception of it. Sleep-walking is one of those things that tell us that fact. And I have not really done justice to the very odd flashes of memory that remain from a sleepwalking episode. It is another world seen through different eyes. I do not have the language for it.