Selfies have made way for Hong Kong news and images on my Facebook Timeline over the past two weeks. As a Hongkonger living in New Zealand, I have been explaining to Kiwis what our Umbrella Revolution is all about, through social media, media interviews and even the classes I’m teaching at the university.

Many of my friends and former students are actively participating in the peaceful movement in Hong Kong, demanding nothing more and nothing less than real democracy and real elections. In one of the many bilingual posts I've made, a friend commented, “Thank you. You foreign force.”

The Chinese central government has been using “internal affairs” as an excuse to fend off criticisms from the West on its handling of the situation in Hong Kong. It has framed the movement as a riot and the protesters as having been manipulated or supported by “foreign forces”, which presumably refers to foreign governments and intelligence.

Ironically, what foreign governments have done for us so far is minimal. China is one of the biggest trade partners of many Western countries including New Zealand. U.S. President Barrack Obama was reportedly “watching the protests closely”, and British Prime Minister David Cameron said he was “deeply concerned” about the situation, but no countries have issued any real threat to China.

Our young protesters, mostly students in their teens and early 20s, understand the disadvantage they are at. They can’t survive if China deploys its Liberation Army in a violent crackdown. They only have one weapon—peace.

The moment our police fired the first round of tear gas at our peaceful protesters on the 28th of September, it shocked the world and angered Hongkongers overseas. Before the handover of Hong Kong from Britain to China in 1997, hundreds of thousands of Hongkongers moved to Western countries, including New Zealand, for fear of Communist rule. The emigration trend has since slowed down, but revived over the past few years because many are frustrated with the political, economic and social situations in Hong Kong.

Not only have Hong Kong homes become the most unaffordable in the world, the influx of Chinese tourists, immigrants and women giving birth in Hong Kong to get around China’s “one child policy” have put a strain on our welfare, health care, education and even public transportation systems. Many people who once loved our city lost hope and moved away.

I studied in the U.S. for almost four years. As much as I enjoyed my time there, I returned to Hong Kong after graduation because I felt strongly that I should contribute my knowledge to my city, but my passion for Hong Kong eroded over the following years to the point that it no longer felt home to me.

The Chinese presence in Hong Kong has diluted our local culture. My office was in Tsimshatsui, a shopping district popular among rich Chinese tourists. Everyday, I heard more Mandarin (the official dialect of China) than Cantonese (the mother tongue of most Hongkongers). Small local restaurants, shops and even McDonald’s have been replaced by jewellery stores, pharmacies and cosmetic stores because many Chinese don’t trust merchants or manufacturers in China. They stock up on supplies when they visit our city. Hong Kong parents even have a hard time finding baby formula sometimes.

Many merchants now cater to only Chinese tourists, incorporating or even replacing traditional Chinese (the writing system used in Hong Kong) with simplified Chinese (used in China). Some schools have adopted Mandarin as their teaching medium.

Hongkongers are ethnically Chinese. Our nationality is also technically Chinese now, but we feel very strongly that our culture and customs are vastly different from that of the Chinese. Hongkongers often correct foreigners when we are called “Chinese”. The British governed us for more than a century under the rule of law. We had an uncorrupted government. We enjoyed liberty and the freedom of speech, press, and assembly. But all these have been fading away since the handover because our current government officials and lawmakers are not elected by popular votes. They are not accountable to us, but to Chinese interests.

“This city is dying” is a quote from Hong Kong TV drama When Heaven Burns. It has since become memetic and viral among Hong Kong netizens. Before I moved to Auckland in May to pursue a Ph.D, some friends who didn’t have the means to leave told me, “Don’t come back. This city is dying.” That was exactly how I felt. I had lost hope.

The night of 28 September was a turning point. I’d just came back from a road trip when I saw numerous posts on the arrest of Joshua Wong, our teenage student leader, on my timeline. I found a live link of the protest and witnessed the police’s firing of tear gas at my own people. I’ve never felt so scared for something so distant from me. In real time, I watched how our student protesters ran away from the riot police and then courageously came back minutes later until the police fired another round, again and again. I saw the image of their bloodshot eyes and chemically burned arms. I felt powerless, not knowing what I could do to help them

A Facebook friend wrote, “Please tell your students and people in New Zealand about us.”

The next day, with the blessing of my lecturer, I informed my students what was going on and urged them to read the news, to spread the word and to learn more about what students their age were going through in Hong Kong. From that day onward, while my friends and former students are demonstrating the highest level of peace, discipline and courage in Hong Kong, holding their ground against thugs allegedly hired by the pro-Beijing camp, I’ve been promoting our cause in New Zealand. The determination our youngsters have displayed despite the attacks and threats from the government and triads made me proud to call myself a Hongkonger again.

I’m not the only one bringing international attention to the turmoil, telling everyone Hong Kong is more than ready for democracy. Hong Kong students and expatriates across the world are doing this too. The White House statement was a response to the petition created by Hongkongers living in the U.S. At least 64 rallies have been staged worldwide to support the student protesters. We are talking to international media, big and small, so that more people will hear our demands.

We do this because we understand “foreign forces” not longer only lie in governments but also with global citizens who believe in democracy, freedom and justice.

Nickkita Lau is a PhD student in Media, Film & TV at the University of Auckland. She is interview in this week's Media Take, which can be viewed here on the Maori Television website. 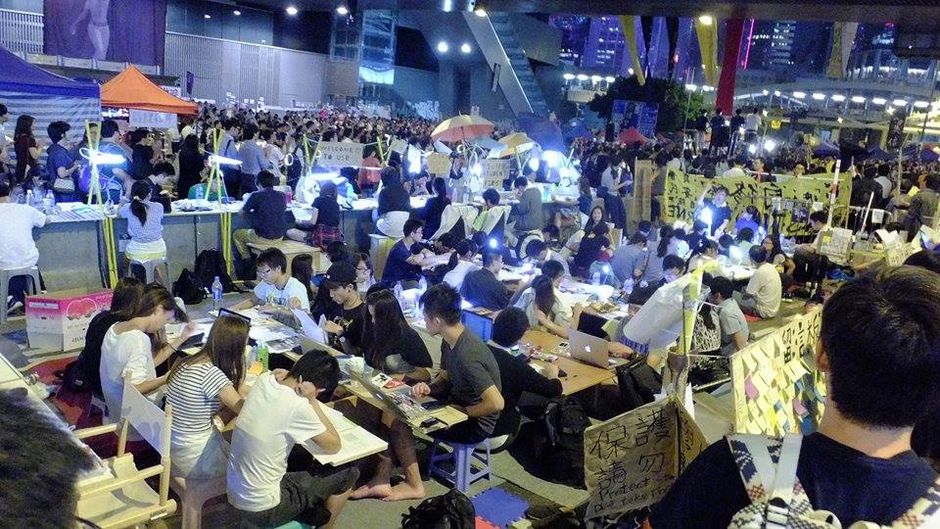 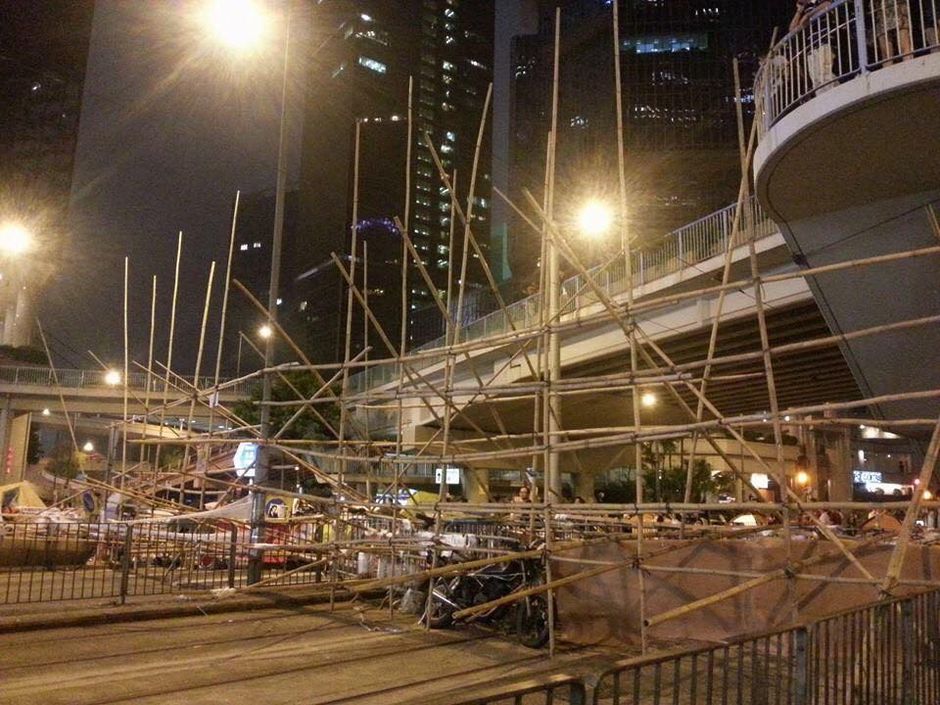 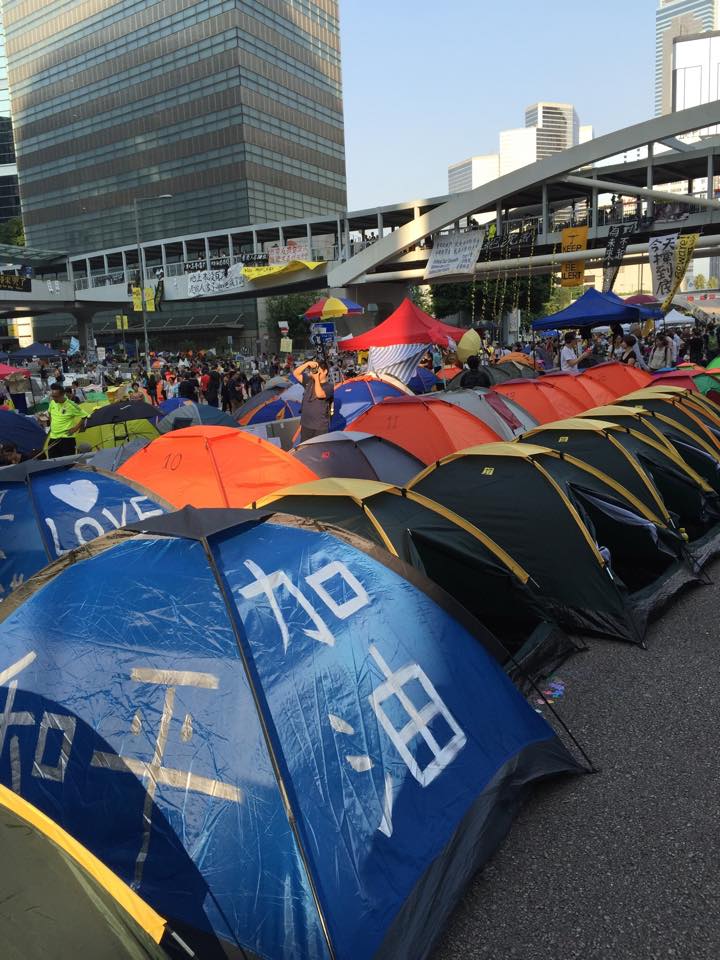