My Dad loved his coffee strong and his food spicy enough to make him sweat.

That’s what I remember a lot when I think of him. Waking up to the smell of strong black coffee permeating throughout the house, and that sting in your eyes when you get too close to something with a hell of a heat punch being cooked.

Originally I’d planned to make a breakfast fish dish for Anguilla, but a few days ago marked 15 years since we lost my Dad, and I had an urge to make something with a bit of a kick, so jerk chicken it is.

Anguilla is sometimes referred to as the culinary capitol of the Carribean. They use an abundance of seafood, plenty of poultry and goat and, of course, jerk chicken.

Had I known just how difficult it is to make Carribean jerk chicken in NZ winter in pouring rain, I may have thought twice.

Firstly, I’ve never eaten jerk chicken before. Or any Carribean dish for that matter. I have zero idea how it should taste.

Just to complicate things further, jerk chicken, it seems, is one of those dishes that differs with every recipe. A few common ingredients came up a lot though. Allspice, nutmeg, oil, lime, onion, spring onion.

That’s where everything fell apart. Having searched the internet, weird spice stores, farmers markets, call-outs on Facebook and twitter and sending chef friends to hunt, I’ve found that scotch bonnets aren’t something you can find in Auckland in winter (if anyone knows where they can be found, do let me know).

I came close. Sunde Brothers sell them at Oratia markets, I was told. So, excited, I got in touch. They’d sold their last two a few days earlier. Try habaneros, they suggested.

So I did. See the above process. Replace scotch bonnet with habanero. Welcome to my life.

Finally I managed to track down dried Serrano at Huckleberry’s in New Lynn. They’re no scotch bonnet. But by this point I was desperate. 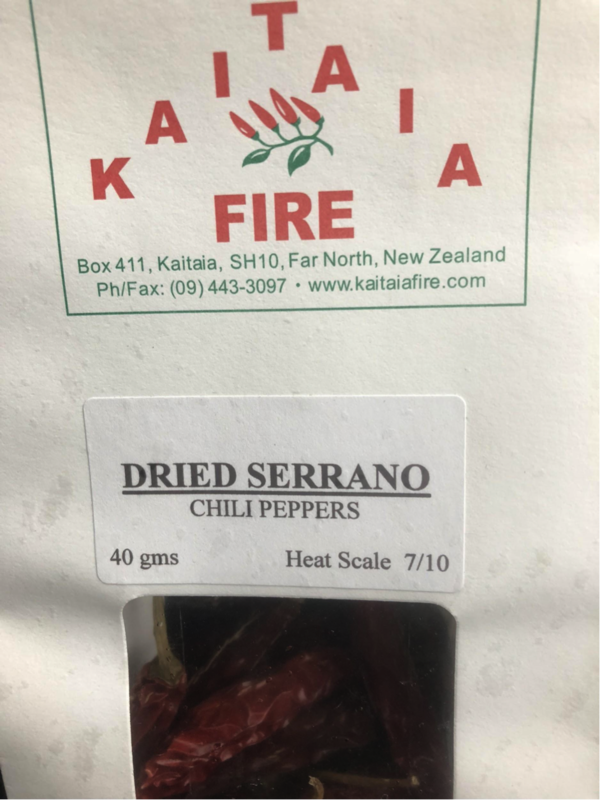 A less stubborn, and perhaps smarter, person may have decided to switch dishes at this point. But it seems I’m neither of those things.

So, Serranos rehydrated and other ingredients gathered (onion, spring onion, coconut aminos (in place of soy sauce), four serrano peppers, nutmeg, pepper, salt, lime, garlic, ginger, olive oil (vegetable oil is suggested though) and allspice, I got to blending. Here’s where I figured I’d done something wrong before I even began. I don’t know what jerk marinade is supposed to look like, but I felt not like this … 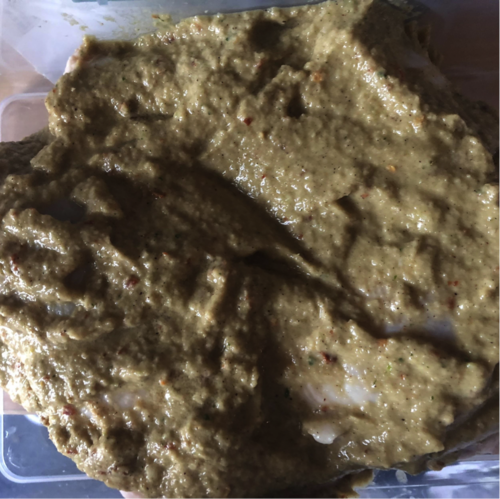 Regardless, the pepper seemed to hit the back of the eyes, it smelled pretty good, so I set it aside to marinate overnight.

The second issue came with pouring rain and a broken barbecue the following day. So, improvising again, I grilled the legs in the oven (maybe slightly too long …).

It seemed … okay, though I’m pretty sure far from authentic.

Threw together some cauliflower rice and a quick salad and was good to go. 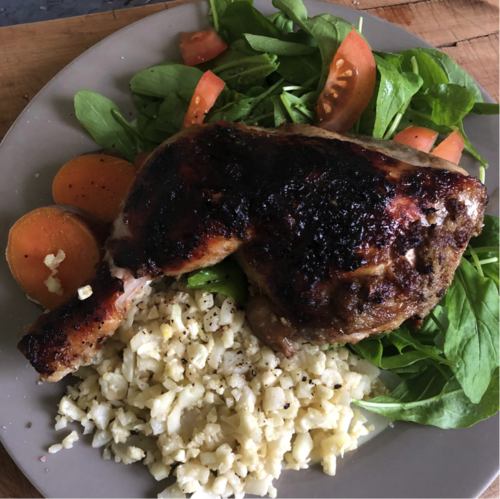 Also decided to use the pan juices with a little chicken broth to make a sauce. It looked pretty grim, but actually tasted great. 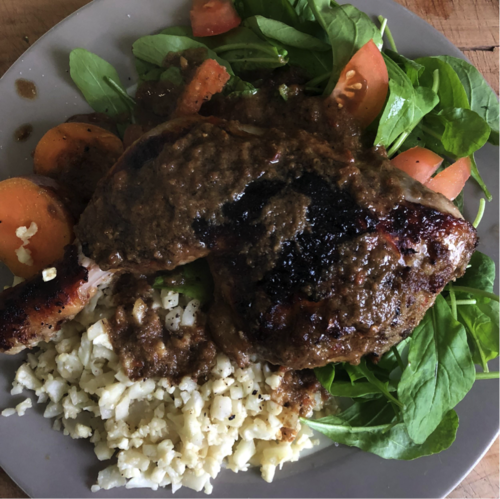 Disappointingly, there was only a mild kick from the peppers. I think for sure it was missing the scotch bonnets. So much so that I’m thinking of attempting this one again when another Carribean country rolls around and the season works better.

Dad totally would have been reaching for the hot sauce though.