For various reasons, I missed a lot more than I caught of the music of Splore last weekend. But a lot of what I did hear, I had a great experience with. None more so than the revelation that was Roy Ayers and his band. 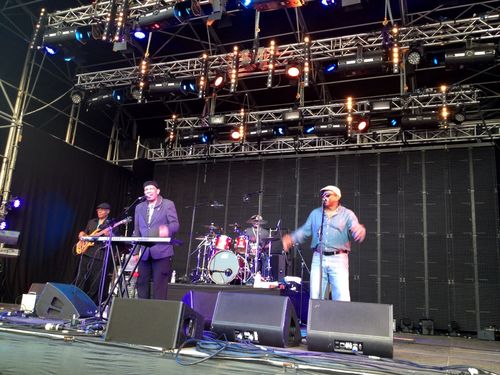 I expected a tight jazz-funk group: I didn't expect the musical vocabulary employed last Friday night. Ayers' broad influence on dance music was built in to the set, not least in the tunes that, with their honking keyboard motifs, felt like deep, dark house tracks.

There was unfussy musical quoting; in one change the rhythm section dropped into a little dub reggae flourish, then effortlessly moved on. I will grant you, I was in a very good mood at the time, but my god it was fine. There's a little of it in Sean O'Connor's video here:

Not everyone shared my degree of enthusiasm for Roy, but there were other acts for whom I did not share the enthusiasm of the crowd. I mean, really, what the hell are Cat Empire? "A Womad band," my friend Nat explained, when I asked this question before storming off to get some fucking house music at the Beach Hut.

I also did not dig The Correspondents, a kind of novelty rave duo who played twice and seem to have been one of the hits of the weekend. Too bloody zany for me, mate.

And then, on the other hand, there was Earl Gateshead, a mad, brilliant, chatty old white guy steeped in sound system culture. I caught his DJ Stage set, which I think was heavier on the dub and dancehall  than the one he'd played earlier on in the afternoon. It was a nourishing reggae dinner and a show, and it made me very happy to see and hear.

I missed SJD because I was running a three-hour talk session (which went very well, thanks for asking) and then A Hori Buzz, because I needed to go and hang around our campsite on my own after three hours' talking. But I did see the Phoenix Foundation.

It is sometimes said the Phoenix Foundation's fans are 10 years older than they are, and there certainly were women and men in their 50s for whom their square metre in front of the main stage was a very happy place. But there were also kids young enough to be their kids (and who might indeed have been their kids) loving it.

What really made it special was that they played a luxurious 90 minutes in the afternoon – enough time for them to premiere some new songs, to roll out both 'Damn the River' and '40 Years', and for the punters to migrate back and forth from the grassed dancefloor to the comfort of the hillside. I think the only time I've enjoyed that band more was when they played a Great Blend a long time ago.

Later on Saturday, Race Banyon continued his record of seeming different every time I've seen him, with a typically complex and adept club set, with a new emphasis on house music – again, at a full 90 minutes. This room to move seems to be a real virtue of music at Splore. It lets you stay with a full, satisfying show, or means even half a set is a nourishing snack.

And then there was Sunday, and Mr Scruff's epic five-hour set on the main stage, 11am-4pm. Before, I didn't really grasp the the idea of a five-hour set – what actually happens over five hours? – but it ended up making perfect sense as the soundtrack to a sunny day, from the subtle sounds of the first hour to the wild finale of Harold Melvin and the Blue Notes' 'Don't Leave Me This Way' (I think it was the Dimitri from Paris edit). And then he dropped 'Satellite of Love' and rolled back into the grooves. Because, by popular consent, five hours just wasn't long enough. 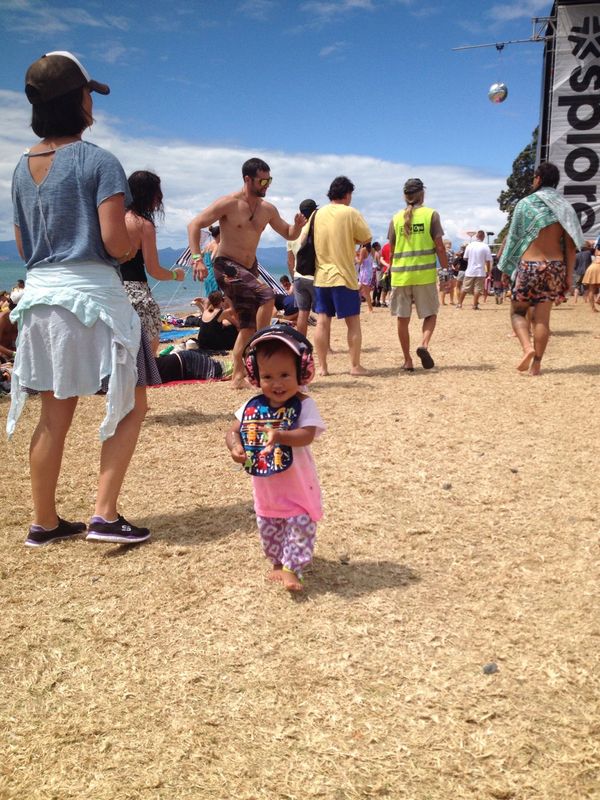 It's not all music. There was poetry too, including Tourettes' brilliant 'John Key's Son is a DJ':

Which just happens to have been released this week. You can go and get it here on Bandcamp for a dollar or more.

And, before I stop bending your ears about Splore, one more video. Claudia Tarrant's excellent account of some girls at a festival:

Janine and the Mixtape covers Nirvana! It's from a covers album project put together by the Pigeons and Planes website and you can download the whole album for free from the site.

Tel Aviv's Shai Vardi doesn't usually make his remixes downloadable on Soundcloud, but in the past couple of days he's posted a couple of good new versions on the DL. This stately wobbler (don't let the Fatboy Slim part put you off):

And this lovely Everything But the Girl remix. Spot the Yello sample:

And just what it says on the label from the prolific Terrorball: