I wrote earlier in the week about the Scientology front organisations Drug Free World and Drug Free Ambassadors and their quite prominent role in anti-cannabis reform "coalition" assembled by Family First and a new local branch of the American prohibitionist organisation SAM.

It turns out Family First aren't the only ones helping the Church of Scientology market itself to vulnerable people. National's former drug reform spokesperson Paula Bennett did her bit too.

On February 24, Bennett was the guest of honour at a meeting on drug reform – one of a series of such meetings where she spoke – staged by the new National Party candidate for Upper Harbour, Jake Bezzant. It seemed to go well, with Bezzant writing afterwards on Facebook:

Thanks to all who attended and engaged at our drug reform public meeting with Paula Bennett in Westgate tonight - standing room only!

I appreciate hearing from across our community on the topic. It's vital we're informed as the cannabis referendum nears, along with calls for further drug liberalisation.

Among the audience was Aucklander Emlyn Revell-Nash, who noticed, as he put it to me, "something fishy" about pamphlets that were put out at the meeting. They were from The Foundation for a Drug Free World – which is, as my earlier post this week observed, a front for The Church of Scientology. Says Emlyn:

What was weird was the pamphlets were not only on the table along with the spam signup forms; but Jake announced the last question would be taken from this particular old woman, in her sixties or seventies, who was from Drug Free World. He and Paula then proceeded to hand out these leaflets.

Emlyn accepted a pamphlet, confirmed its provenance, and took a couple of pictures of it. 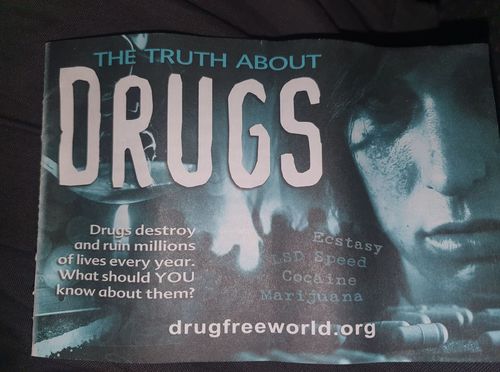 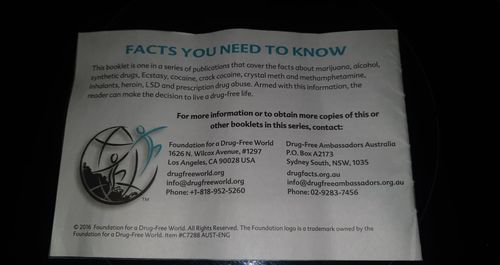 The source of this material – if not the explicit connection to Scientology – was pretty obvious. I suspect Bennett and Bezzant simply weren't diligent enough to enquire into exactly what they were literally handing out. (Although Bennett possibly should have been, given that she was in government in 2012, when Drug Free Ambassadors got taxpayer money to print 130,000 copies of an "education booklet" that was distributed to New Zealand schools.) Perhaps some shock-horror literature just suited their purpose. 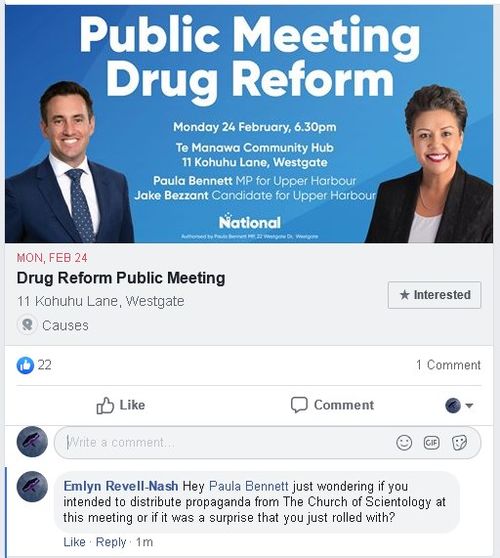 I'd be interested to know if anyone else who attended Bennett's meetings saw this material there – or anywhere else, for that matter. Feel free to get in touch by commenting below or, for more privacy, clicking the envelope icon at the bottom of this post to email me.

To be clear, it is absolutely not the case that anyone who opposes the legalisation and control of cannabis as proposed in the forthcoming referendum is in bed with Scientology. But this is recruitment material for an abusive cult and we need to be able to have our debate on the referendum without it. We also really don't want MPs or candidates handing it out.