That images talk and dream is nothing new. In France’s Cave of Forgotten Dreams, hundreds of paintings from 32,000 years ago – yup, 32,000 – speak volumes about an innate human desire to communicate progress and dreams. Even in this auspicious year of a new Pope from the New World, we forget that Renaissance painters like Michelangelo painted biblical adverts on instruction from the Catholic Church. (Ad-vertere in Latin simply means ‘to turn the mind toward’.) The Sistine Chapel arguably remains the most famous billboard of all.

It seems a reasonable proposition that advertising provides a mirror on society’s development, ‘a panorama of life as it was lived, more informing than old diaries and crumbling tombstones.’1 One would presume a rich reservoir of advertising research then exists, particularly given the pervasive presence of advertising in everyday life. Not so in New Zealand – did someone forget to advertise the historical significance of advertising and advertising art?

Hazel Phillips recently made up some ground; her book Sell is well worth a read. In a very different book, Gary and I showcase a large and impressive collection of early commercial art, before colour photography and TV changed the media landscape forever. Our book, Promoting Prosperity, is the first dedicated and extensive collection of this rich material. 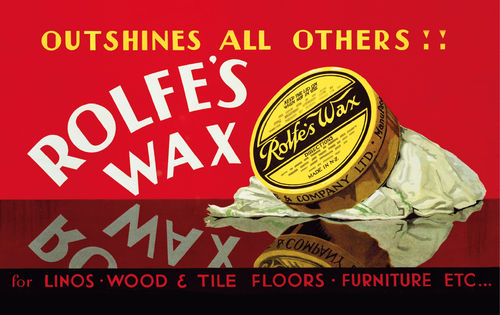 The book also fills an important gap in our art history, confronting the art-fraternity’s long-running refusal to seriously recognise commercial art. With the product poster now about 100 years old in New Zealand (its 1906 invention credited to German Lucian Bernhard), commercial art has long been in the arts gutter; frowned upon as tainted with trade, a sell-out to capitalism or a last gasp for B-grade artists struggling to sell landscapes at the local art fair. Even highly-accomplished artists avoided signing commercial work, keen on a ‘cheque’ but wanting to avoid reputation loss from the tainted trade.

Frowns on commercial art come mostly, of course, from those well-skilled in putting art in different boxes with different labels, some apparently automatically finer than others. But is it really a surprise that an art fraternity, founded upon historical definitions of ‘good taste’, would degrade commercial art – unsuited to exhibition slots and glossy catalogues – and instead direct its hyperbole on a ‘sophisticated’ audience elsewhere? Clean white walls. A modernist teak desk. Great jacket – Crane Brothers? Spotlights – just tilt that one a little to the left please … that’s it. Provenance. Oil on canvas. A signature work. Did you see the review? What about the Les and Milly Paris Collection?

As art historian Warren Feeney has argued:2 ‘A more generous consideration of the history of New Zealand art would acknowledge that, although its purpose may differ, commercial art has played an important role in the country’s cultural development, even anticipating radical advances in the fine arts or, at the very least, reflecting shifts in contemporary art in the popular media.’ The visual arts clearly have had, and will always have, a far wider influence on us than just the clean white space of the gallery.

Promoting Prosperity is not, though, just a book about advertising or art. It is a celebration of New Zealand’s economic and social foundations, and of the dreams and aspirations of early New Zealanders.

‘Look to the past in order to forge the future’ – according to Māori proverb – hoki whakamuri kia anga whakamua. Or as Winstone Ltd noted in 1956 when annotating Bernard Roundhill’s Auckland 2000, ‘tomorrow is built on today’s foundations’. (Roundhill’s slick mid-century air-brush work remains impressive both technically and artistically some six decades on.) 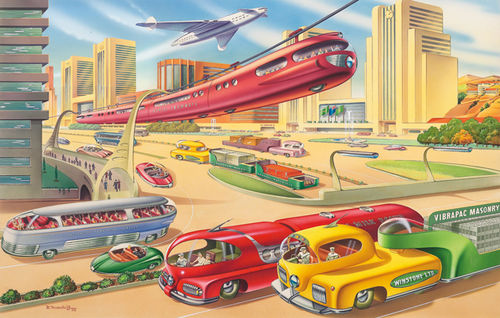 Such learned expressions aren’t the words you’d hear in the All Blacks’ dressing room, but the effect – the power of legacy – is fundamentally the same. Martin Snedden emphasises this in endorsing the book: ‘Through running Rugby World Cup 2011, and more generally, I believe more and more in the power of legacy and standing on the shoulders of those who have come before.’ In a similar vein, Gareth Morgan calls the book ‘a spectacular and timely reminder of our ability to overcome challenge’. 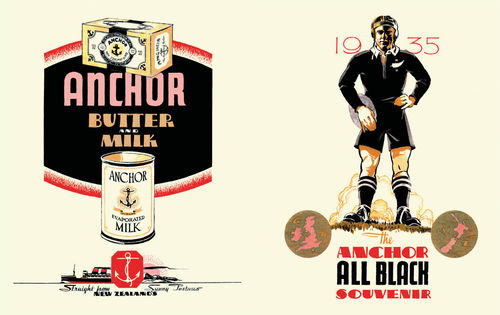 Amongst the historical developments illustrated in the book are the building of industries like tourism and farming; the conception of export markets to benefit from international trade; the introduction of electricity and radio; and historical events such as Sir Edmund Hillary’s trip to the South Pole (of course the tractor needed a good spark plug). 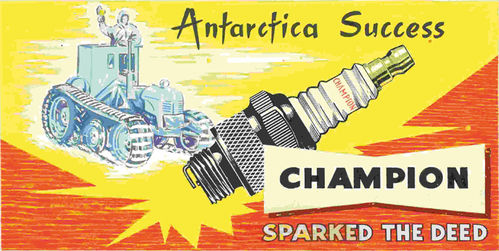 You will also observe the fruits of a range of social policies and campaigns to help foster an egalitarian and public-spirited population, such as promoting good nutrition, saving, road safety and smoking cessation. It is a forgotten fact that the Government once had two of the hottest design studios under its wing (within the Railways and Tourist Departments). A range of stunning war-related images also remind us that the price and prize of freedom – the very heart of prosperity – required well-honed advertising, such as recruitment drives, pleas for financial support and the fostering of patriotic public morale. Innuendo also played around, even amongst war, when Jockey underpants were ‘Designed for Active Service’. 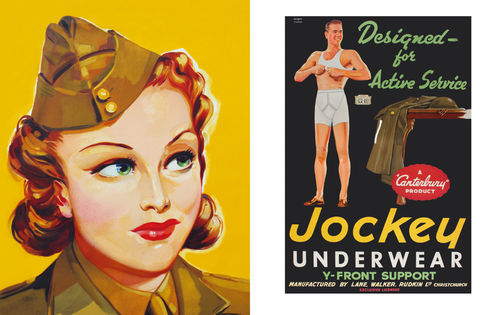 In spite of two world wars, the Depression and our relative isolation from the rest of the world, New Zealand’s development was rapid and, by anyone’s standard, entrepreneurial and impressive. It is even more remarkable how New Zealand – starting behind international peers as the world’s youngest country – would quickly generate some of the highest incomes and wellbeing benefits in the world. We weren’t known as the ‘Paradise of the Pacific’ for nothing.

It’s well reported that, as a nation, we no longer generate the high incomes New Zealand once enjoyed and, despite strong levels of overall wellbeing, we face our fair share of social challenges as well. Was our prosperous foundational era beginner’s luck? Or can that inspirational beginning foster a new level of imagination and drive for future prosperity? What’s certain is the powerful influence advertising can have in shaping our aspirations as a society.

You can see high-quality versions of the inline images here in the gallery for this post.

Promoting Prosperity is available from www.promotingprosperity.co.nz with a 10% discount and free postage within New Zealand (posted immediately on release in early October). With over 750 images and 11 essays across 440 pages, Saatchi’s Kevin Roberts – who wrote the Foreword – calls it ‘a treasure trove of illustration, painting, typography, copywriting and studio production; a wonderful celebration of Zealandia and its foundational graphic glory.’

Peter-and-Gary’s first effort – ‘Selling the Dream: The Art of Early New Zealand Tourism’ can also be purchased with a discount at www.sellingthedream.co.nz. Vote for ‘Selling the Dream’ (or someone else) in the People’s Choice Book award here.

This blog is dedicated to the late Ian Scott – 1945-2013 - who was generous to me with his time, knowledge and recent support to include a painting in 'Promoting Prosperity'). Comfortable himself with commercial art as both influence and subject matter, Scott painted a large number of commercially-inspired works, two of my favourites below (with permission from Scott’s family and with acknowledgement of Warwick Brown’s 1997 book, ‘Ian Scott’ (Marsden Press), for images). 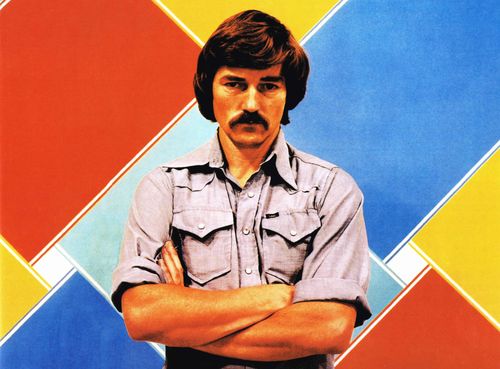 1. Earnest Elmo Calkins, … And Hearing Not. 1946. Charles, Scribner’s Sons, New York. Quoted in (source relied on) Twitchell, James. B. Twenty Ads that shook the World: The Century’s Most Groundbreaking Advertising and How It Changed Us All. Three Rivers Press, New York, 2000.