For the past few years, actually, the whole decade I’ve been working in television, the narrative has been the same – traditional media is fucked.

The story has taken different forms over the years.  There’s been seemingly continuous restructuring at organisations like TVNZ and the New Zealand Herald (“restructuring” must be the greatest euphemism there is in the media world).  We’ve had the death of serious current affairs show, the rise and fall of TVNZ 7, funding cuts, mergers and acquisitions… I’m not telling you anything new here.

To survive in this landscape has made me increasingly feel like a cockroach in a nuclear winter.  I’ve seen people with far more talented and experienced than me throw in the towel, take early retirement, or move to Comms. Unable, or simply unwilling to adapt, as the sea of shit levels rise around them.

Today I wanted to tell you one positive story.  A few years ago I had an idea, which I kept working on, and eventually launched – a website called YOURS.net.nz (first “urs.net.nz”, you know, for kids, smh), and thanks to the new domain rules, now simply YOURS.nz.

Well today sees the launch of YOURS TV.  Like the website, it’s a youth-focused show with user-generated content.  The trick being, our users are some of the most wonderful and incredibly talented students in the country.  Young film makers, reporters, camera operators, editors, graphics, animators – just wow.  I’ve just watched our final edit of the show before it gets sent to TVNZ On Demand for upload and release, and it’s great.  No, it’s no substitute for in-depth current affairs (although we have a few hard-hitting stories in the pipeline), but I’m really proud of the effort, and envious of the talent of those young people who have helped put it together.  For them, they get the opportunity to come up with their own stories (the editorial decisions are largely theirs), interview people they wouldn’t normally meet, and have it distributed via the biggest TV broadcaster in the country.  And I pay them. 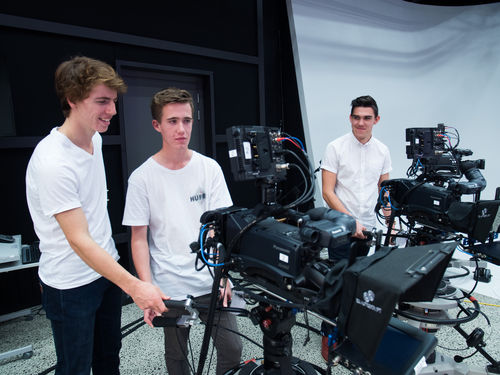 The show is on TVNZ On Demand.  No, there’s no traditional broadcast slot, and I’m quite happy with it that way.  I had a conversation recently with a journalism teacher, who when I spoke of the show being “on TVNZ” kept correcting me with “well.. it’s TVNZ On Demand”, as though that was something of which to be ashamed. That teacher, who supposedly knows something about new media, is the only one who should be ashamed, for reasons that are best summed up in this Facebook thread from one of the show’s contributors:

Best of all, we’re the only local TVNZOD-only show, which makes us something of a novelty, and means lots of support and special treatment from TVNZ.  I’ve had nothing but support from TVNZ ever since the 2 minute coffee meeting with Head of Content Jeff Latch, which basically went “Jeff, have a look at this video from my website contributors” – “It’s great – let me know what we can do to help.”

AUT have also come to the party with some funding, and we get  to use the fantastic studio facilities up there – our talent is a mix of high school and tertiary students – the very fact these ones have put their hand up puts them ahead of 99% of their peers in my books. 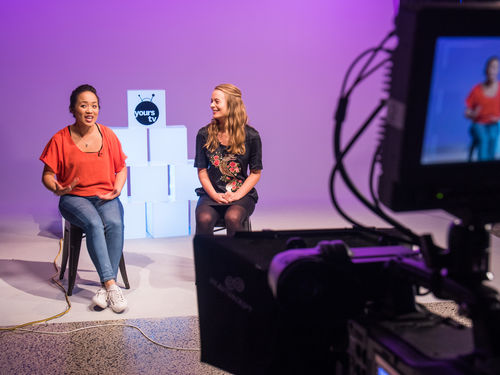 And the whole thing is made possible with a Digital grant from New Zealand on Air.  Everyone gets paid for working on the show, which is really important to me - I remember even as a fairly well-established writer, the number of start-ups trying to get me to do stuff for free - one even said "we're not paying people until we make a profit".  I'm not going to be getting rich any time soon, but I’m a bit closer to my dream of being able to work full time doing things I really care about.  The media landscape might resemble the post-apocalyptic opening from Terminator 2, but scurrying amongst it today, I am a happy little cucaracha.

If you have anyone in your household who fits the audience (13-20ish), and particularly anyone who might have something creative to contribute, please get them to check out our first episode.  Even with all the hard-work and imperviousness to radiation, we won’t survive without an audience.  THANKS.