So there’s been something I’ve been wanting to tell you about for a while. But I couldn’t.

I’ve been hiding it for as long as I could. Hiding it as it swallowed up my life savings, hiding it as it began to affect my job, my family life. It’s overtaken my days, and I find my mind in overdrive when I try to sleep at night, obsessing, fretting. I didn’t really know when or if to tell people, whether I should wait a while longer, what people might say, how they might react.  I told Russell about it, and he was cool. But in the coming days it’s going to be all over the media, and I’m going to need your help, your support. So now it’s time:

It’s pronounced “yours”. I have the domain name for both, just in case.

It’s a website, but more than that, I hope. I hope it’ll be a community, a positive influence, a new way of doing things.

Who's it for? To quote the Hudsucker Proxy, “you know, for kids.”

It’s a site where youth –anyone enrolled in either a high school or a tertiary institution, aged 13-25, but more focused on senior high school and junior university – can submit content they’ve created.  Created in the classroom, or for the classroom, after hours, on the weekends – whatever.  From photos taken for art class or fashion school, documentaries made for media studies, skateboarding videos, music videos, reviews, features, new tunes, short stories, short films… you get the idea.  As long as it’s creative, as long as it’s yours.

We have competitions, big competitions, where we encourage the creation of new content - again, a range of media, a range of interests, a range of skill levels. Thanks to partnerships with the likes of APN Digital and TVNZ – say what you want about the MSM, but there are people in those organisations who really care about doing the right thing – we’re able to give a wider audience and greater recognition to the best of that content , and provide decent prizes as a result. How about a year’s free movies and a gig reporting from a film premiere in Hollywood as a prize for contributing the most creative film review? If that doesn’t seriously challenge the stereotypical teen ennui, I’m not sure what will.

Why am I doing this? I’d like to make a living from it, of course, but what I’m really saying is that I’d like to make a living from something that makes me feel good doing it. I am where I am today because of student media – it was while at law school I found the local student newspaper (Salient) and student radio station (Radio Active, then bFM). I can’t say they were exactly nurturing environments – the radio stations especially seemed intent on letting as few new people onto the airwaves as they could, least of all young students. In fact, long story short, if it wasn’t for a certain Programme Director at bFM telling me to sod off, I wouldn’t have gone and helped start George FM, turning it into a dance music station in the evenings. Still not sure how I feel about that particular legacy.

But I persevered, and student media gave me the experience and the profile that led to what I do now. And while student media still exists, thrives in some cases, it varies greatly from campus to campus, and the audience is largely limited to that campus. There’s little if any focus on video – which is now the favoured medium of the young – and almost nothing for secondary students. Nothing focusing on media created by them at least. If I’m wrong, please let me know. Um, quickly?

There’s YouTube of course. But for every Gangnam Style billion-hit-wonder, there’s a million videos with only a dozen views, and very little way for even a very good item to raise its head above the parapet. It’s not curated, at least not in any useful way for a New Zealand teenager trying to get noticed. And URS will be harnessing YouTube’s awesomeness in terms of dealing with video, not to mention bandwidth and various other legal niceties (I wasn’t aware until recently, for instance, that YouTube has a blanket agreement covering the use of copyright music, which will be handy). But greatness gets buried in YouTube. Check out this beautiful video from a Western Springs College Year 13 student of 2012. It’s fantastic, and has just a hundred-and-something views.

So the guts of it is, I want to offer a modern version of what I got from student media. But more supportive. A site where the entire goal is about giving young creatives a hand, giving them guidance (we have Masterclasses from a range of experts across the industry and academia), encouragement, pathways to academia, industry, and in time, for some, an income. Ultimately, I’d like to think it will raise the level of creativity of the coming generations, and give them confidence to seek out and tell their stories, the ones that matter to them, in the way they see fit. If that fails I’ll become old and bitter, set up a media training agency and start a grumpy blog about all these young people who aren’t as good as I once was.

What I’d really like to do – not immediately, but soon, is set up an aspect of the business, the sole purpose of which is to give a voice to those not well represented in traditional media. Those whose background, economic situation, geographical location, whose language, accent or culture mean they’re less likely to appear on our screens in primetime. I hope URS will do that naturally anyway, but where resourcing or encouragement is needed, then I want to make that happen.

I’ve had overwhelming support from teachers, lecturers, media partners, sponsors and the like. It’s an attractive demographic for certain sponsors, clearly, but what seems to attract the people I’ve been meeting with these past months is that underlying idea – encouraging and nurturing young people to make great content.

The only question mark at this stage is the audience. Will they engage, will they contribute, will they make URS… well, theirs? I hope so. Of some reassurance is the fact these young people are already out there doing it, already making content.

A bit of final bug-testing, a bit of content loading, a deep breath, and URS will be good to go next week. It’s been a couple of years in my brain, six months taking shape, and the last couple of months trying to tie down a thousand or so ever-shifting loose ends. And I’m very aware that once the site goes live, that’s when the real work begins.

I mentioned your help and support above. I’ve taken care of the money side of things (for now), so I’m not asking for crowd-source-funding or the like – I haven’t exactly been a very attentive blogger of late, and now you have some idea why. But I would appreciate your brains. Your ideas, advice, other projects I should be aware of, things to watch out, suggestions for competitions, themes, people to talk to, companies or organisations who might want to come on board, teachers… and of course, those creative young minds.

The site will be heavily moderated, certainly to begin with, and I make no apology for that. By not offering comments for a time, by accident or by design, Russell very cleverly avoided PAS becoming as nasty as most other corners of the blogosphere. I’m going to take the same approach. And of course, at least until my audience can be trusted, EVERY SINGLE PIECE of content will be moderated to ensure it’s age appropriate. YouTube helps in that regard, but I don’t need to tell you what an explicit photo getting past the gatekeepers could mean for a site like this. So while I’m not expecting it, I’m happy to take names of anyone who might find appealing the idea of flicking through a bunch of teenagers’ photos/videos from time to time/every night.

Anyway, it’s all very exciting, and I hope you can share in that with me, at least in spirit. I’ll post the address of the site once it’s up and running next week, but in the meantime, hit me with your thoughts, suggestions and kind offers. 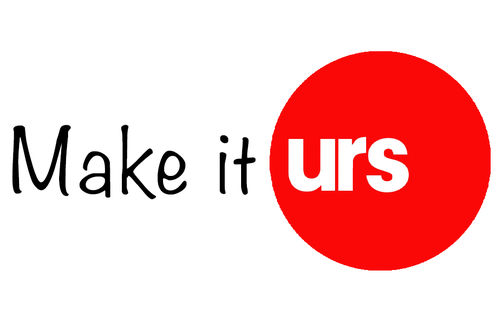 Special thanks to those who have had the smarts and/or courage to get behind the project from the get-go - AUT, APN Digital, TVNZ, Adidas, Sony, Paramount Pictures and STA Travel. More to come...

(Oh also, Back Benches return date was officially announced today, April 10, 10.30pm on PRIME. For those in the 04, feel free to come in for the taping from 6ish to 7ish that evening. Perfect for an after work beer...)