I have a very short morning commute. Door-to-door from bedroom to office, it's about 1.2 metres, so I'm not faced with any daily transport quandaries. What I do try and do is replace what might have been car journeys during the day with cycle journeys. And often as not, those journeys are connected to my role as Chief Household Shopper.

The golden triangle of Grey Lynn foodism – Farro Fresh, Fruit World and Countdown – happens to be a pretty much ideal ride from Point Chevalier: not too much traffic during the day, just onerous enough to count as exercise.

I'll either navigate the puzzling localised gravitational anomaly to the top of Meola Road or, for a little extra distance, go up Chinaman's Hill and through Grey Lynn Park. The golden triangle is also a pretty sweet ride back from the CBD (the twin rights-of-way connecting Hakanoa, Sackville and Westmoreland Streets are quite satisfying).

So there I was yesterday, doing my quaxing, when I was confronted by this sight at Grey Lynn Countdown: 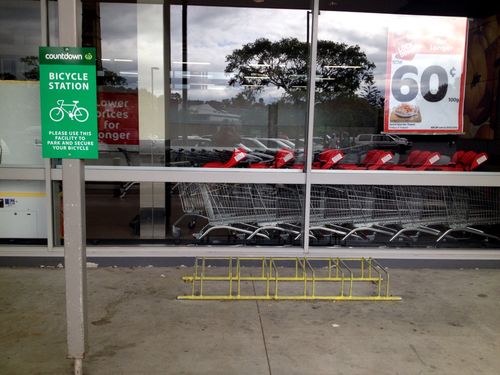 Now, you might marvel at the grandiosity of calling the dishrack-sized object in the picture a "facility", let alone a "station" – and you would be entitled to do so.

But what you won't know unless this is your supermarket is that there's an robust railing behind the camera which is of an ideal height for locking bikes to. And people do. 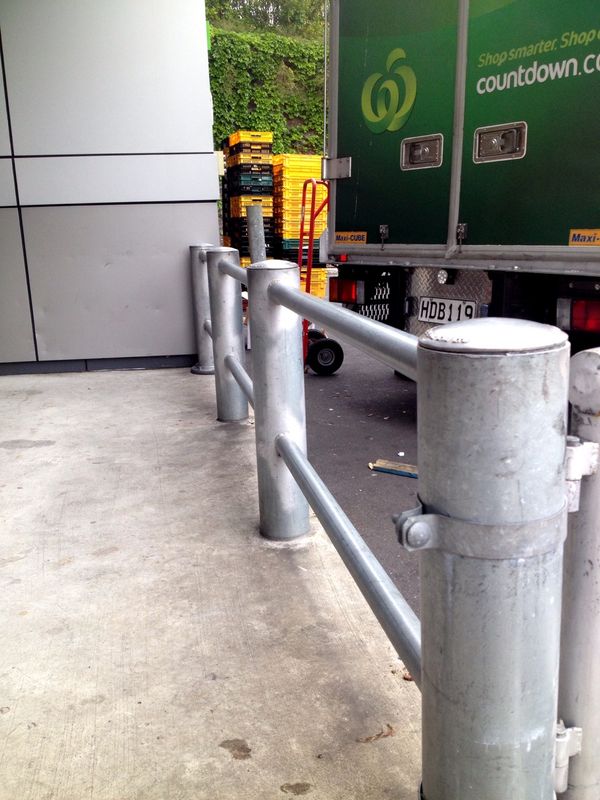 But this new sign appears to be a passive-aggressive way of ordering them not to. "Please use this facility," it says. 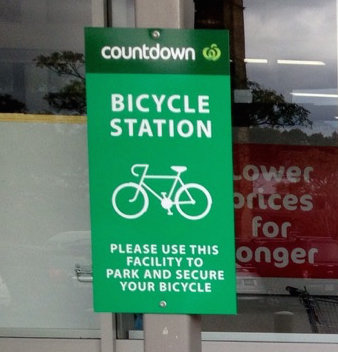 As anyone familiar with the bicycle will probably know, the "facility" is neither a good place to "park" or "secure" a bicycle. It is too low and the space too wide for a road bike tyre, meaning that your bike will likely fall over and its wheel be bent. It also makes it difficult to lock the frame, meaning that anyone of a thieving disposition could be away with your bike sans front wheel quicker than you could say "quick-release hub".

Now, I do get that cycles chained to the railing might get in the way of the unloading of the boxes of chardonnay, carnoli rice and gluten-free biscuits that sustain Grey Lynn, although I've never actually seen that happen. But it's not like there isn't room for a functioning bike stand. Leaving aside the vast carpark, the supermarket forecourt itself is large and empty. 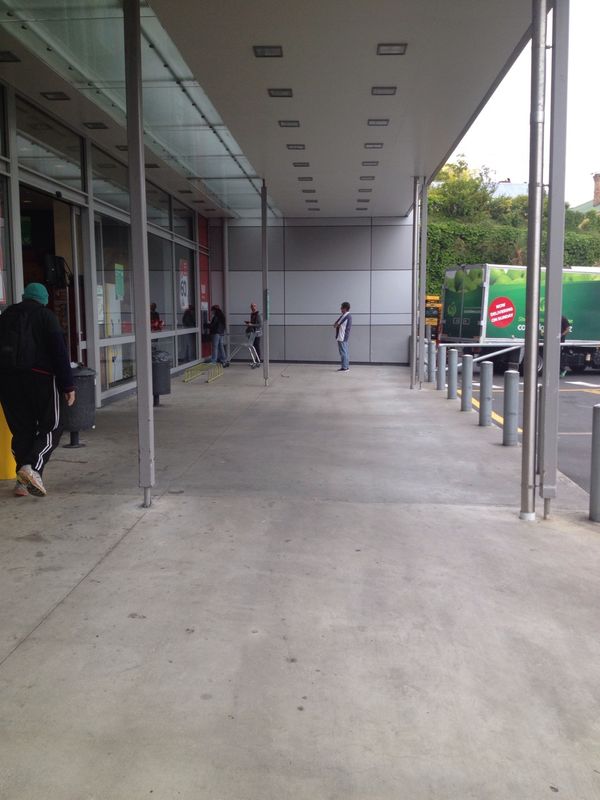 I believe that Countdown's resources would be better employed installing a proper bike stand than posting whiny, unreasonable signs telling people to use the current one. Such stands are sold by New Zealand companies here and here (thanks to the always-reliable Su Yin Khoo for the links).

The pickings are mixed elsewhere in the food zone. Farro Fresh made the effort to put in a couple of hoops when it opened – but unfortunately placed them right next to its trolley stand, where they have been frequently mistaken for trolley stands by people in a rush to return to their sleek luxury SUVs.

But the management has been willing to engage on this. They haven't done the thing that would most help – moving the bike stand a few metres further away – but they built another trolley stand. Recently, they also switched to swish, black mini-trolleys, of which the stands hold more, and added this polite message. 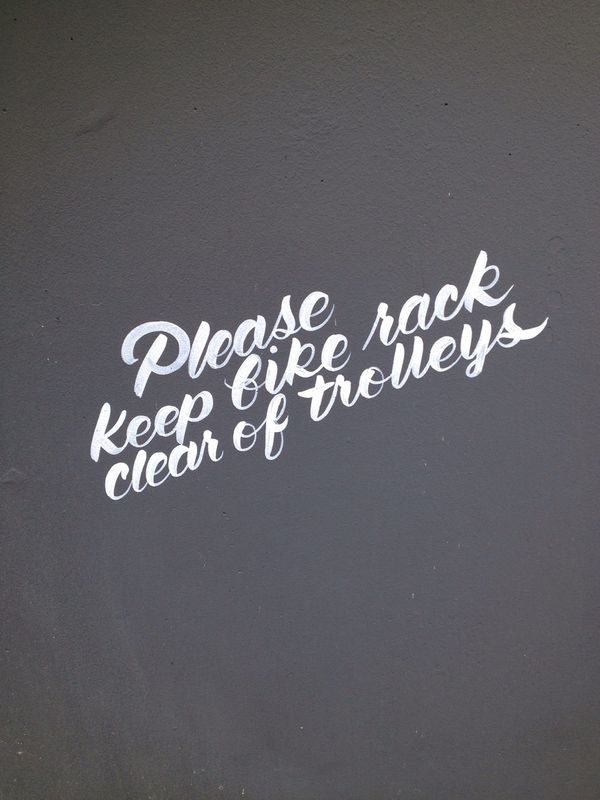 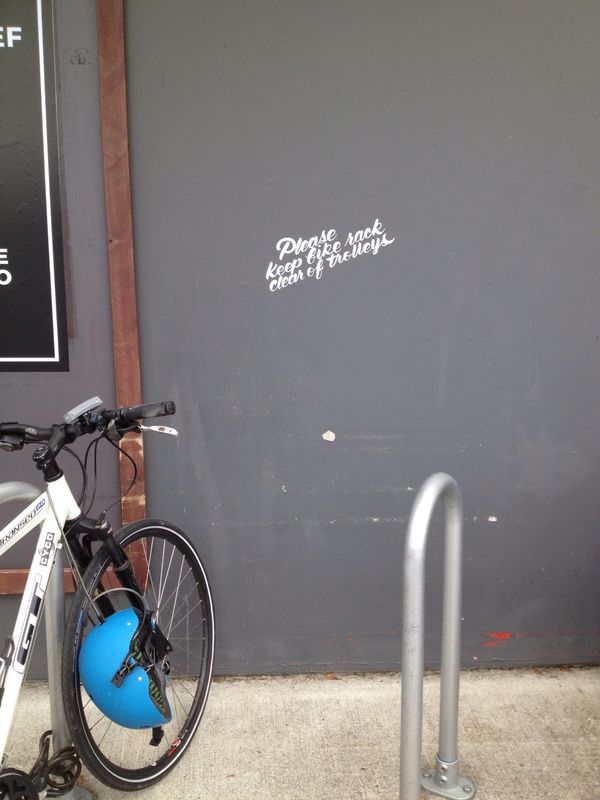 Well, I think the shop did it. If it was a freelance artisan work by a local resident – well played.

Nearby at Fruit World, there is no bike stand. But there is a corral full of corroding trolleys that no one ever uses and a rather generous area marked off around it. You work with what you got, quaxers. 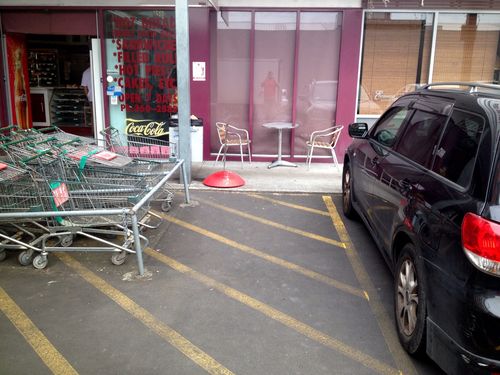 Up the hill at Harvest Wholefoods, they have, like LL Cool J, been here for years. As have their well-intended koru-themed bike stands. Unfortunately, the stands are coming loose from the footpath and the hippie design requires a degree of needle-threading to achieve proper security. Although this local resident has managed it quite well: 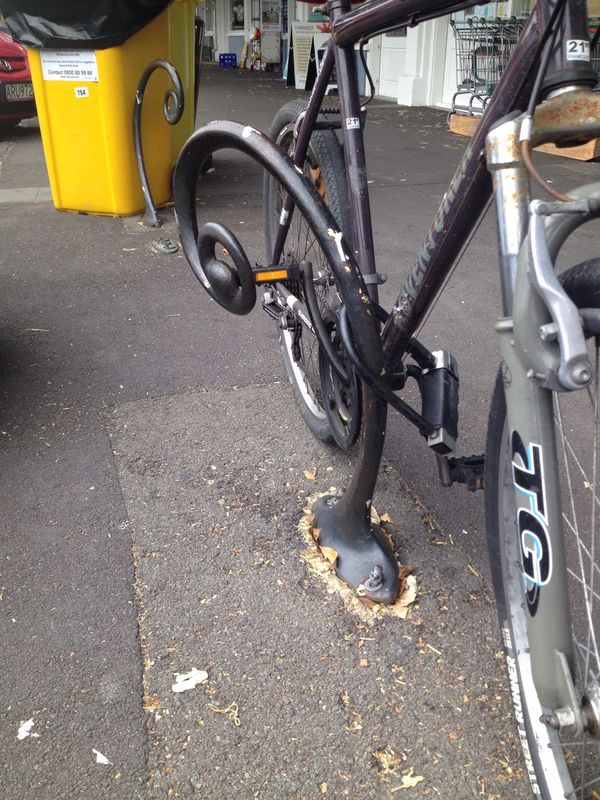 Which brings us to Westmere Butchery, purveyor of the most deliciously life-shortening bacon and sausages in the inner West. There's oodles of space and bugger-all to lock a bike to. 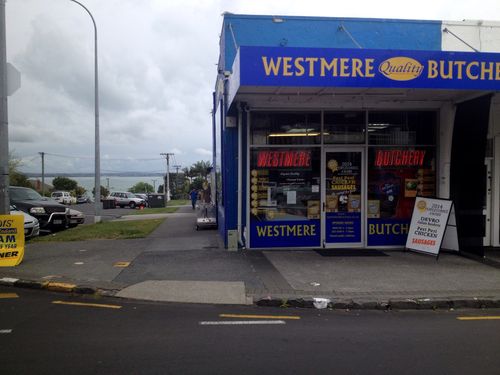 But they were receptive when I told them I'd get them the information about requesting a publicly-funded stand, and I didn't get around to it. So that's on me.

But I'm going to do that today. I gather the man who can facilitate this thing is Brian Horspool, Regional Walking and Cycling Advisor with Auckland Transport. Brian, I'm calling you today. Update: I called Brian and Brian called me back.

I'm interested to know how the options are where you live. A reasonable number of people do cycle around Grey Lynn and you'd think it would be better there. Feel free to acomment – and to upload your own pictures. (To add an image to your comment, click the ("Choose file" button below the comment window, select your pic and save. You can add another two files to your comment by using the Edit button to go back in and select them, one at a time.)

Anyway, while I was tweeting the Countdown pic yesterday, my old friend Darren Davis tweeted from the Netherlands ...