On Saturday night at the Kings's Arms, in the course of a triumphant two-encore show, The Chills' frontman Martin Phillipps made an announcement from the stage. He had recently received his test results back after antiviral treatment – and they indicated that he was clear of the Hepatitis C virus for the first time in 20 years.

"So you'll be hearing from me for a few years yet."

He looked and sounded like a man who had had a great weight lifted from him. I recognised that unburdening from people I'd spoken to for this story about Hep C in 2015. 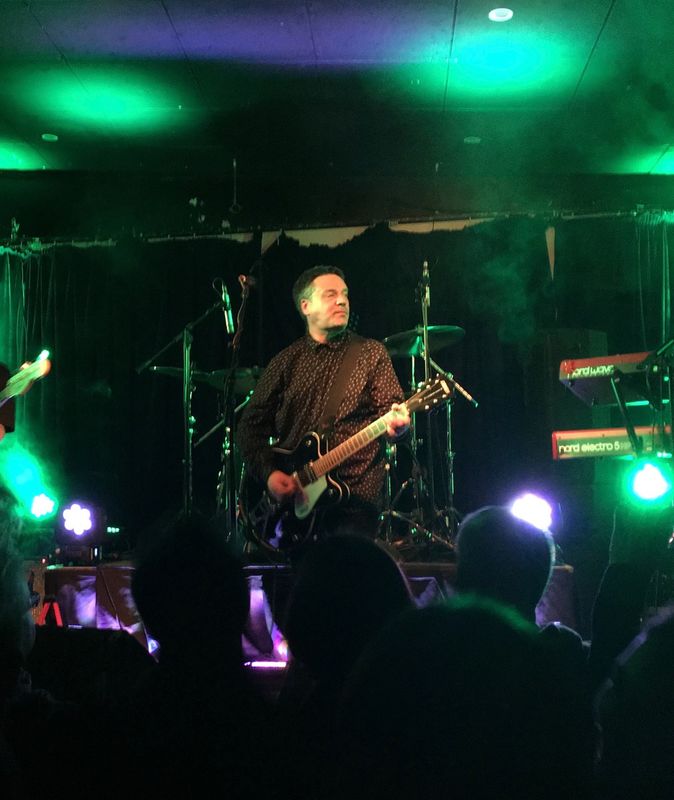 Martin had earlier, during another break between songs, alluded to his newfound sprightliness, noting that he hadn't had an alcoholic drink for six months.

"I"m going to be one of those annoying alcoholics who gives you updates," he quipped.

Martin's heavy drinking had exacerbated the symptoms of his disease and contributed to irreversible scarring of his liver. Why would someone do something so self-destructive? Hopelessness, basically. Martin had been told he would die soon and said so freely in interviews, even as the band re-emerged into its most fertile time in a quarter of a century. He'd undergone the brutal interferon cure and it hadn't worked. By the time he stopped drinking, "soon" meant months to a year. I've seen that kind of fatalism before in people I know – it's what living under the virus is like.

So the Sunday Star Times headline the following morning, The Chills' dying frontman Martin Phillipps is given miracle reprieve from Hepatitis C, was not an exaggeration. The drug Martin took for 12 weeks, Harvoni, is, (like the other DAAs on the market or in trials) functionally a miracle cure.

But there are a few things in the story that need addressing. It doesn't make it clear that as of last year, a little more than half of the 50,000 New Zealanders infected with Hep C do have access to Pharmac-funded treatment. That's those with genotypes 1 and 1a of the virus. They can walk into their GP's surgery today and begin the process of being treated with another new antiviral, Viekira Pak The others, such as Martin, face a much, much sterner test. Funded Harvoni is available only to people who are on the verge of a liver transplant, or death.

This isn't Pharmac's fault. I explained why it's the case in this Matters of Substance story.

And still, as I understand it, Martin could have been treated sooner and be living now with less permanent liver damage. If only he had not been living within the region of the Southern District Health Board, which has not only refused to prescribe an imported generic Harvoni (cost to the patient, about $1800 versus $87,000 for locally-sourced Harvoni), but to even tell patients they have that option.

The Star Times story mentions generics, but leaves out the most important information. Which is that, as far as I know, there is only one truly trusted source of generics: the Fix Hep C Buyers Club. Fix Hep C is strongly endorsed by the country's leading liver specialist, Ed Gane, and the Hepatitis Foundation. Other sources might provide good drugs, but they also might not, and the results of taking inadequate medication are problematic.

So if you or someone you know are moved to act by Martin's story, the first step is to go to your GP and get tested. If you're unwilling to go to your GP (who might be Dr Judgey), there are other options, including the Auckland Neede Exchange. Read my story for more information on that.

But one more thing. The comments under that Stuff story. I gather some of the worst ones have actually been removed, but even some of those remaining display a staggering lack of humanity. Yes, people make mistakes, they do dumb things when they're young. That doesn't mean they deserve to die.

And as my new friend Tim from Seattle observed of a different little online flurry of Martin-bitching as we left the King's Arms on Saturday night:

"Perhaps you could tell us about the equivalent to 'Pink Frost' that you wrote, so we can have a balanced discussion about your contribution too."

Anyway, here's the video I got on Saturday night of 'Lost in Space', a very old Chills song written in 1981 and later used as the theme for the "rock opera" The Chills in Space, which was performed at the Windsor Castle in 1985. Until recently, when it appeared as the B-side of the 'Rocket Science' single, it never been properly recorded (it does appear on a live album). It was great to hear it again.